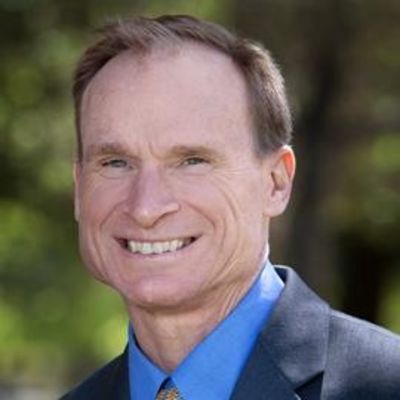 Paul Oyer studies the economics of organizations and human resource practices. His work has looked at the use of broad-based stock option plans, how firms use non-cash benefits, how firms respond to limits on their ability to displace workers, and how labor market conditions affect their entire careers when MBAs and PhD economists leave school. Oyer’s current projects include studies of how firms identify and recruit workers in high-skill and competitive labor markets, with a focus on the markets for newly minted lawyers and MBAs.

Paul Oyer is The Fred H. Merrill Professor of Economics at the Stanford Graduate School of Business. He is also a Research Associate with the National Bureau of Economics and the Editor-in-Chief of the Journal of Labor Economics.

Paul does research in the field of personnel economics. In addition, he is the author of two books published in 2014. “Everything I Ever Needed to Know About Economics I Learned from Online Dating” is an entertaining and non-technical explanation of numerous key ideas in microeconomics using examples from online dating, as well as labor markets and many product markets. “Roadside MBA” (with Michael Mazzeo and Scott Schaefer) is a non-technical Strategy guide for small businesses based on the authors’ extensive travel around the US interviewing small business owners.

Before moving to the GSB in 2000, Paul was on the faculty of the Kellogg School at Northwestern University. In his pre-academic life, he worked for the management consulting firm of Booz, Allen, and Hamilton, as well as for the high technology firms 3Com Corporation and ASK Computer Systems. He holds a BA in math and computer science from Middlebury College, an MBA from Yale University, and an MA and PhD in economics from Princeton University. When not teaching or doing research, Paul runs, swims, skis, hangs out with his two college-age children, and walks his flat-coated retriever.

This course is an introduction to Microeconomics, focusing on microeconomic concepts relevant to managerial decision making. Topics include demand and supply, cost structure, price discrimination, perfect competition, externalities, and the...

This class will analyze the growth in inequality in the US over the last several decades and how that trend is likely to continue or change in the future. We will ask if and how public policy can affect inequality. We will also focus on business''...

This course will develop Business Strategy frameworks, some of which will be familiar from the core Strategy class and others of which will be new, and apply them to growing businesses. We will look at companies attempting to grow, as well as...

Finding Success in the Digital Marketplace

Paul Oyer: Everything I Ever Needed To Know About Economics, I Learned From Online Dating

Back on the Market: What Online Dating Reveals About Economics

Dating Sites Offer Chance At Love — And A Lesson In Economics

Philip Black
Biography Philip joined University of Manchester as a Lecturer in Urban Design in 2015 after previously working for University of Reading and Queens University Belfast. Before entering academia Philip worked as an urban designer for architectural firm HBD Architects Ltd who have offices in Belfas...
Steven Pierce
Biography I studied political science as an undergraduate at Yale University and then received a Ph.D. in anthropology and history from the University of Michigan in 2000. Before coming to Manchester in January 2006, I taught for five years in the history department at Tulane University. Further ...
Sebastian Berger
Hi! My name is Sebastian Berger and I am interested in a wide variety of issues pertaining to the life of economic ideas. My main interest has been in the discourse on social costs and the economics of K. William Kapp. This is part of my wider interest in the sociology of economic knowledge, phil...