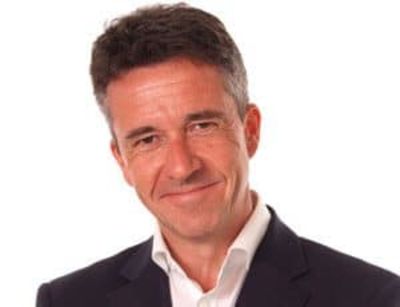 How to Present, Communicate, and Influence to Achieve the Greatest Impact
IMS
Online
The Sumo Principles of Leadership
IMS
Online

Paul McGee is one of the UK's leading speakers on the subject of change, workplace relationships and motivation. His provocatively titled book SUMO (Shut Up, Move On) became an instant best seller and his book on Self Confidence reached number one in the WHSmith's business book chart and remained there for a further 24 weeks. He has appeared on BBC Breakfast television and is a regular contributor to Radio 5live. Building on his background in psychology, Paul's aim is to deliver a practical, relevant message that can make an immediate impact on people's professional and personal lives. His approach is considered both inspirational and humorous as he seeks to deliver a memorable experience that equips people with insights and ideas to increase their personal effectiveness and impact. He's spoken for over 750 organisations in 35 countries to date, and from Todmorden to Tehran and from Bradford to Brisbane, Paul's messages have resonated with a global audience. His work has been endorsed by the Elite Performance Director of the British Olympic Association, Sir Clive Woodward and his clients include blue chip organisations, public sector bodies and a leading Premiership football club.

Natalie Busby
Biography I graduated from my undergraduate degree in Psychology and Biology at Newcastle University in 2014 after completing my dissertation focussed on the behavioural measurement of the contrast sensitivity in praying mantids. After completeing a summer internship researching partial occlusion...
Lee Thomas
Professional communicator with broad experience spanning industries, audience segments and media channels. Versatile and multiskilled, I conceptualize and execute communications that build brand awareness, motivate audience action and advance organizational initiatives. Specialties: communicatio...
Cyril Couffe
Areas of expertise Cognition and Innovation Competencies Entrepreneurship Competencies Management Occupational Stress Management Biography The goal of the Chair "Talents of Digital Transformation" is to anticipate the understanding of digital evolutions to understand the skills needed to build ...