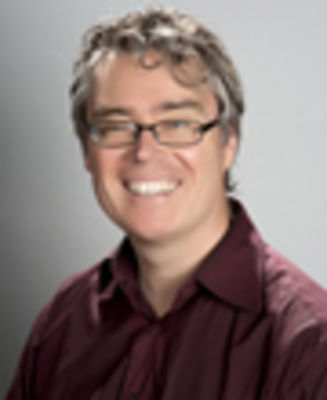 Paul Ingram is the Kravis Professor Business at the Columbia Business School, and Faculty Director of the Columbia Advanced Management Program, Columbia’s flagship residential program for senior executives from around the globe.  His PhD is from Cornell University, and he was on the faculty of Carnegie Mellon University before coming to Columbia.  He has held visiting professorships at Tel Aviv University, Shanghai Jiao Tong University and the University of Toronto.  The courses he teaches on management and strategy benefit from his research on organizations in the United States, Canada, Israel, Scotland, England, China, Korea and Australia. His research has been published in more than sixty articles, book chapters and books. Ingram's current research examines the intersection between culture and social networks.  Recent papers investigate questions such as the role of value similarity to foster business networks, determinants and outcomes of individuals’ fit in organizational cultures, and influences on ethical decision making.  He has served as President of the College of Organization Science of the Institute for Operations Research and Management Science (INFORMS). He is currently an Associate Editor for Academy of Management Discoveries, and has served as a consulting editor for the American Journal of Sociology, a senior editor for Organization Science, an Associate Editor for Management Science and on the editorial boards of Administrative Science Quarterly and Strategic Organization.  Paul’s undergraduate degree is from Brock University where received the Governor General’s Award as the top graduating student.  In 2004 he received the Distinguished Graduate Award from Brock’s Faculty of Business. At the Columbia Business School, Paul has received the Dean’s Award for Teaching Excellence, won the Commitment to Excellence Award, voted by graduating EMBA students four times, and thrice been chosen by graduating EMBA students to deliver the keynote speech at their commencement ceremony.  He has consulted on issues of leadership, organizational design and strategy to leading companies in the finance, health care, insurance, energy, and consumer products industries.  Paul was born in Canada to immigrant parents.  He is an alumnus of the proletariat, and the first in his family to attend college.

The Evolution of Change at the Metropolitan Museum of Art (2012)
Coauthor(s): Todd Jick , Paul Ingram

Appetite for Destruction: The Impact of the September 11 Attacks on Business Founding In Industrial and Corporate Change (2012)
Coauthor(s): Srikanth Paruchuri, Paul Ingram

Do People Mix at Mixers? Structure, Homophily, and the "Life of the Party" In Adminstrative Science Quarterly (2007)
Coauthor(s): Paul Ingram, Michael Morris

History in Strategy Research: What, Why and How? In History and Strategy (2012)
Coauthor(s): Paul Ingram, Brian S. Silverman, Hayagreeva Rao

Spanning the Institutional Abyss: The Intergovernmental Network and the Governance of Foreign Direct Investment In Working Paper No. 09-045 (2008)
Coauthor(s): Juan Alcacer, Paul Ingram

Whom in Our Network Do We Trust (and How Do We Trust Them)?: Cognition- and Affect-Based Trust in Managers'' Professional Networks (2005)
Coauthor(s): Yong Joo Roy Chua, Paul Ingram, Michael Morris

Does Inequality Make You Happier? (2013)

Pierre Yared
Biography Pierre Yared is a Professor of Business at Columbia Business School and Co-Director of the Richard Paul Richman Center for Business, Law, and Public Policy at Columbia University. He is a macroeconomist whose research focus is macroeconomic policy, growth, and political economy. His the...
Alex Edwards
Bio Alex Edwards is an Associate Professor of Accounting and the Director of the CPA Ontario Centre for Accounting Innovation Research. His research is focused on taxation and capital markets and has been accepted for publication in the Accounting Review, the Journal of Accounting and Economics, ...
Gilbert Nyaga
ProfileEducation PhD in Marketing &amp; Logistics, Michigan State University MBA, MA, Miami University, Ohio BA, University of Nairobi, Kenya Research &amp; Teaching Interests Professor Nyaga''s primary research interests are in logistics strategy, supply chain relationships, and new product la...