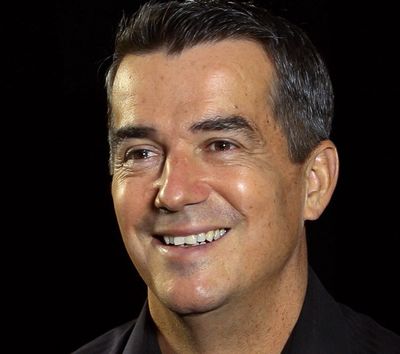 Paul Gilding: The Earth is full

Paul Gilding has spent 40 years trying to change the world, doing everything he can think of. He’s served in the Australian military, chased nuclear armed aircraft carriers in small inflatable boats, campaigned on human rights, plugged up industrial waste discharge pipes, been global CEO of Greenpeace, become a visiting Fellow at Cambridge University, started and run two successful companies and advised the Boards, CEOs and executives of some the world’s largest companies.

Paul is now an independent author, strategy advisor and entrepreneur for a sustainable economy. He has worked with the Boards and executives of many leading global companies including Unilever, BHP Billiton, DSM, Ford and DuPont and is a widely recognised global authority on the economic and business implications of sustainability and climate change. He is a Fellow at the University of Cambridge’s Institute for Sustainability Leadership where he researches and teaches on the inevitable global economic transformation around sustainability.

In 2011 Bloomsbury published his widely acclaimed book “The Great Disruption” which has since been translated for publication in Germany, The Netherlands and Brazil. His views have been featured in major media outlets around the world including by Pulitzer Prize winning writer Tom Friedman in the New York Times, where Friedman concluded “Ignore Gilding at your peril.” He now travels the world alerting people to the global economic and ecological crisis now unfolding around us, as the world economy reaches and passes the limits to growth.

He is confident we can get through what’s coming and in fact thinks we will rise to the occasion, with change on a scale and at a speed incomprehensible today. He tells us to get prepared for The Great Disruption and “the end of shopping”, as we reinvent the global economy and our model of social progress.

He lives on a farm in southern Tasmania, Australia with his wife, where they grow vegetables and raise chickens, pigs and their children.

James Waldo
Jim Waldo is Gordon McKay Professor of the Practice of Computer Science in the School of Engineering and Applied Sciences at Harvard, where he teaches courses in distributed systems and privacy; the Chief Technology Officer for the School of Engineering and Applied Sciences; and a Professor of Po...
Balagopal Vissa
Bala Vissa is Associate Professor of Entrepreneurship at INSEAD. His research sheds light on the people side of entrepreneurship - such as assembling effective venture teams, building entrepreneurial networks, corporate governance and family business groups - particularly in the context of creati...
Nadine Herrmann
Nadine Herrmann earned her Ph.D. in law from Philipps-Universität Marburg (summa cum laude) and her LL.M. from the University of Sydney. She has broad experience in litigation and investigations, representing her clients before courts and regulators (including the European Commission, the German...