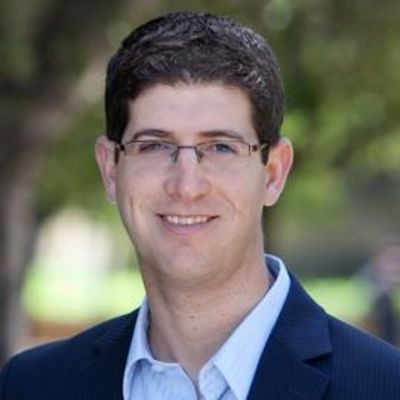 My research is in three main areas: conflict and cooperation, interactive decision making, and hierarchy in groups and organizations. I investigate how individuals and teams make decisions, manage conflicts, and cooperate to achieve joint goals.

This course is designed to improve students'' skills in all phases of a negotiation: understanding prescriptive and descriptive negotiation theory as it applies to dyadic and multiparty negotiations, to buyer-seller transactions and the resolution...

This course is designed to improve students'' skills in all phases of a negotiation: understanding prescriptive and descriptive negotiation theory as it applies to dyadic and multiparty negotiations, to buyer-seller transactions and the resolution...

Research explains why and how brevity often beats specificity in employee contracts.

Stanford research shows that lacking hope may cost you — and others around you.

Read 10 Stanford Business stories from the past year, including pieces on work-life balance, power, and management.

Research shows why understanding the source of discrimination matters.

Stanford GSB professors suggest articles and books related to the concept of “equity.”

writtenThe Peril of Power Without Status

Jobs that grant control over resources but lack respect can ignite conflict.

The motivation of mediators is not solely altruistic.

A scholar says being ambitious doesn’t necessarily mean being aggressive.

writtenNir Halevy: How Do You Make Decisions?

New research shows that decision-makers focus on what will lead to the best possible outcome.

writtenNir Halevy: How Do You Resolve a Conflict?

A professor of organizational behavior looks to game theory to better understand how to manage disputes in politics, business, and everywhere else.

writtenGearing Up for a Fight, or Retreating for a Treat?

Research explores why some conflicts make you angry, and others make you energized.

writtenWhy Nice Guys Don't Always Make It to the Top

Taking care of others may reduce a nice guy's chance of becoming a leader.

writtenPlayer Hierarchy in the NBA Can Lead to Victory

Unlike major league baseball, salary disparity in the NBA can make a positive difference on the court, says Nir Halevy, coauthor of a new study.