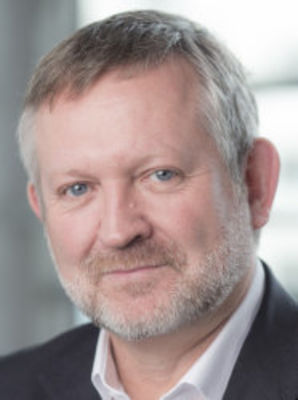 In conversation with Professor Nelson Phillips

Professor Phillips'' research interests lie in four main areas. First, he has become increasingly engaged in a program of research looking at a range of different but related issues in entrepreneurship. From a more practical perspective, he is interested in how to scale up new, high-growth ventures and in how scaling up social enterprises differs from scaling up more traditional companies. He is also interested in how new ventures “pivot” as this activity remains highly undertheorized. He is also involved in a project investigating how the idea of an incubator has been adapted to different cultural setting. When studying entrepreneurship, Professor Phillips often uses ideas from organization theory to help him theorize and he has found this approach to be particularly fruitful.

Second, Professor Phillips has been working for the last several years on various aspects of technology strategy and innovation. In particular, he is interested in the social dynamics of technology adoption and the ramifications of these dynamics for technology, strategy, and innovation. He is particularly interested in the dynamics of adoption of digital consumer devices such as the iPod and 3G mobile telephony and has carried out a large study on the introduction of texting. More recently he has become interested in platform technologies and he is currently involved in a project looking at the role of rumor in technology development.

Third, Professor Phillips has a general interest in organization theory. Much of his work in this area has focused on connecting conventional approaches to understanding institutional processes to other theoretical perspectives such as identity or to new empirical areas of study such as stigma. Much of his work currently focuses on understanding how institutions change and the implications of institutional change for organizations. He is also interested in various forms of “social symbolic work” such as identity work, institutional work, and other related research streams.

Finally, Professor Phillips has a strong interest in qualitative research methods and he has published a number of papers, books, and book chapters on various topics in this area. In particular, he is interested in the application of discourse analysis, narrative analysis and other related linguistic methods in the study of organizations.

Professor Phillips teaches courses in strategy, organisation behaviour, innovation, and leadership at the undergraduate and graduate level. In addition, he is active in executive education where he has been involved in program design and delivery for a wide range of clients including Allen & Overy, the Royal Society, Telefonica, BT, Atkins, Shell and Lainge O''Rourke. In addition to his role as Acting Dean, Professor Phillips is also responsible for managing the relationship between ICBS and the Abu Dhabi School of Management.

Jean Philippe Collin
Biography Jean-Philippe Collin teaches in HEC Executive Education programs on strategy and implementation issues, particularly in domains such as Supply, Chain, procurement and quality. Philippe Collin spent more than 25 years in the industry holding management positions in technology, developme...
Teemu Leinonen
I practice design research in the field of New Media, especially related to applications, solutions and services of e-learning, collaborative learning, collaborative group work and creative work. I do research in and lead the Learning Environments research group (LeGroup) of the Media Lab Helsink...
Kari Johnson
Kari Johnson is a senior lecturer of Operations and Decision Technologies and an award-winning educator with nearly twenty years at the Kelley School of Business. A master’s degree in instructional systems technology has provided Kari with a strong background in designing effective and efficient ...