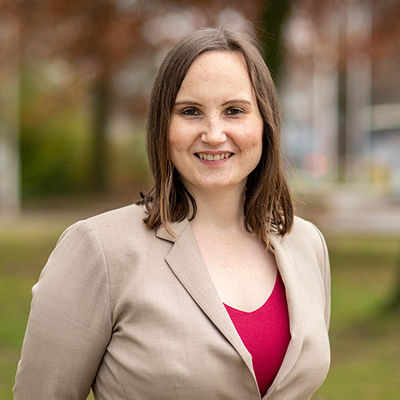 Nell Watson is an engineer, entrepreneur, and futurist thinker who grew up in Northern Ireland. She has a longstanding interest in the philosophy of technology, and how extensions of human capacity drive emerging social trends. Nell lectures globally on Machine Intelligence, AI philosophy, Human-Machine relations, and the Future of Human Society, serving as Associate Faculty at Singularity University.

Nell has had an unusual career, including teaching post-grad Computer Science at the age of 24, and later co-founding a successful Graffiti arts company. Her ability to bridge the world of technology and the Humanities makes it easy for her to translate complex subjects so that they can be clearly understood.

Nell is an advisory technologist to several startups, accelerators, and venture capital funds. Possessing a long-term mindset, she also serves as an advisory futurist to The Lifeboat Foundation, helping to pinpoint the trajectories that human beings are on. The Lifeboat Foundation has a mission to protect humanity from existential risks that could end civilization as we know it, such as asteroid collisions, or rogue artificial intelligence.

In 2010 Nell founded Poikos, a machine learning-driven AI for for body measurement. Nell patented technology dematerialises the 3D body scanner, by providing accurate 3D scans of the body with only 2D camera hardware, such as that found within smartphones, or laptops. This may then be applied to a range of markets, such as mass customisation, and health.

Possessing a long-term mindset, Nell serves as Senior Advisor to The Future Society at Harvard, as well as serving as an advisory technologist to several startups, accelerators, and venture capital funds. She is also Co-Founder of OpenEth, an ethical explication engine that aims to crowdsource ethical heuristics for autonomous systems.

In her spare time Nell enjoys coding games, such as her startup life simulator, Founder Life. Founder Life attempts to teach the mindfulness and psychological habits necessary for entrepreneurs to consistently execute under pressure. She has also written two easily digestible books on philosophy one for business leaders, and one aimed at children.

Christopher Adkins
Christopher Adkins is an Associate Teaching Professor in the Management &amp; Organization Department and the Executive Director of the Notre Dame Deloitte Center of Ethical Leadership.  His research and teaching explore how the fields of neuroscience, psychology, philosophy, and behavioral econo...
Melissa Williams
Biography Melissa J. Williams joined the Goizueta faculty in 2011, after completing a postdoctoral fellowship at the Graduate School of Business at Stanford. She earned a PhD in psychology from the University of California, Berkeley. Professor Williams'' research focuses on the components of inte...
John Stasko
John is Director of the Information Interfaces Research Group whose mission is to help people take advantage of information to enrich their lives. As the amount of data available to people and organizations has skyrocketed over the past 10-20 years, largely fueled by the growth of the internet, i...