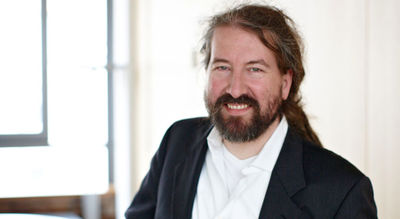 Michael H. Grote’s main field of research is corporate finance and capital markets with particular regard to mergers and acquisitions and private equity. In August 2009 he was appointed Vice President Teaching at the Frankfurt School. In November 2011 he became Vice President for Academic Affairs. Besides he is director of Frankfurt Institute for Private Equity and M&A.

Before joining the Frankfurt School of Finance & Management in April 2008, Michael Grote was assistant professor for mergers and acquisitions in SMEs at the Goethe-University (Frankfurt) and Metzler visiting professor for international finance at the Wharton School, University of Pennsylvania. After receiving degrees in both Economics and Political Science from the Goethe-University he wrote his PhD thesis on the development of Frankfurt as a financial centre. He consults small and medium sized enterprises companies as well as large multinational enterprises and government agencies.

In the newly established Handelsblatt ranking 2009 for German-speaking countries Michael H. Grote is placed in the top ten percent of the most productive researchers in business administration. He has been awarded a number of teaching prizes, among them the title “Professor of the Year” in the MBA-program of the Stuttgart Institute of Management and Technology. In 2004 and 2008 he received awards for outstanding lectures at the Goethe-University, Frankfurt. In the national contest for the “Professor of the Year” (organized by KPMG and Unicum) he finished ninth place in the law, economics and business administration section in 2007.

Tony Dundon
Biography Tony Dundon is Professor of Human Resource Management &amp; Employment Relations at Alliance Manchester Business School, The University of Management. He is a Fellow of the Academy of Social Sciences (AcSS), the Chartered Institute of Personnel and Development (CIPD), and Honorary Visit...
Aleksandra Galetin
Biography Dr Aleksandra Galetin is a Reader in Pharmacokinetics in Manchester Pharmacy School. She is the recipient of the 2012 ISSX European New Investigator Award and 2015 AAPS Meritorious Manuscript Award. In November 2004 she was appointed as a Pfizer Lecturer, following her position as a Pos...
Taly Reich
Professor Taly Reich''s research interests fall at the intersection of behavioral decision theory and social psychology. Within these general domains, a great deal of her work explores issues related to preference construction, persuasion, and inconsistency within self and others. In exploring th...