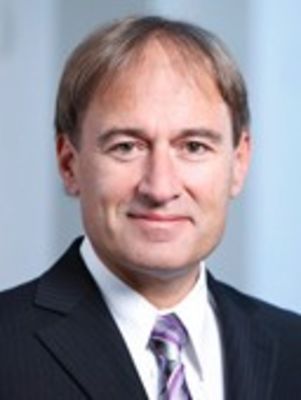 Markus Gross is a Professor of Computer Science and the director of the Computer Graphics Laboratory of the Swiss Federal Institute of Technology (ETH) in Zürich since 1994. He received a degree in electrical and computer engineering and a Ph.D. on computer graphics and image analysis, both from the University of Saarbrucken, Germany. From 1990 to 1994 Dr. Gross worked for the Computer Graphics Center in Darmstadt, where he established and directed the Visual Computing Group. His research interests include point based graphics, physics-based modeling, multiresolution analysis and virtual reality. He has widely published and lectured on computer graphics and scientific visualization and he authored the book Visual Computing , Springer, 1994.

Dr. Gross is a member of the ETH research and planning commissions.

Holger Højlund
Presentation A present research interest is welfare management seen in terms of the complex interconnectedness of political, administrative and service-related decision making. Also I am interested in, how traditional boundaries between the public, private and voluntary sectors of society are in...
Melody Chao
Academic qualifications Ph.D. Universti of Illinois, Urbana-Champaign, Social Psychology M.A. Univreisty of Illinois, Urbana-Campagin, Social Psychology B.A. University of California, Berkeley, Psychology   ACADEMIC AND PROFESSIONAL EXPERIENCE -The Hong Kong University of Science and Technolo...
Ignacio Garcia
Founder &amp; CEO at Emit+, Design Thinking S.C. My experience and deep interests: Design Education (Adults) Entrepreneurship I am based in: León Area I was referred to THNK by Juan Claudio Pagès. Born in Leon Guanajuato, Mexico. I am a Chemical Engineer who graduated from the Monter...