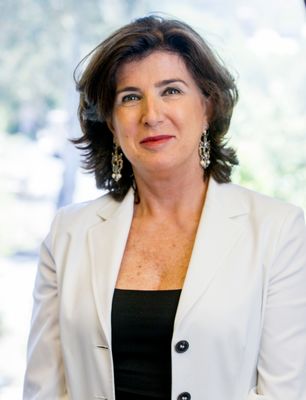 Dr. Roncarolo leads efforts to translate scientific discoveries in genetic diseases and regenerative medicine into novel patient therapies, including treatments based on stem cells and gene therapy. A pediatric immunologist by training, she earned her medical degree at the University of Turin, Italy. She spent her early career in Lyon, France, where she focused on severe inherited metabolic and immune diseases, including severe combined immunodeficiency (SCID), better known as the "bubble boy disease." Dr. Roncarolo was a key member of the team that carried out the first stem cell transplants given before birth to treat these genetic diseases.

Dr. Roncarolo worked for several years at DNAX Research Institute for Molecular and Cellular Biology in Palo Alto, where she contributed to the discovery of novel cytokines, cell-signaling molecules that are part of the immune response. She studied the role of cytokines in inducing immunological tolerance and in promoting stem cell growth and differentiation.

Dr. Roncarolo developed new gene-therapy approaches, which she pursued as director of the Telethon Institute for Cell and Gene Therapy at the San Raffaele Scientific Institute in Milan. She was the principal investigator leading the successful gene therapy trial for SCID patients who lack an enzyme critical to DNA synthesis, which is a severe life-threatening disorder. That trial is now considered the gold standard for gene therapy in inherited immune diseases. Under her direction, the San Raffaele Scientific Institute has been seminal in showing the efficacy of gene therapy for otherwise untreatable inherited metabolic diseases and primary immunodeficiencies.

Dr. Roncarolo's goal at Stanford is to build the teams and infrastructure to move stem cell and gene therapy to the clinic quickly and to translate basic science discoveries into patient treatments. In addition, her laboratory continues to work on T regulatory cell-based treatments to induce immunological tolerance after transplantation of donor tissue stem cells. In Nature Medicine, Dr. Roncarolo recently published her discovery of new biomarkers for T regulatory type 1 cells, which will be used to purify the cells and to track them in patients. She also is investigating genetic chronic inflammatory and autoimmune diseases that occur due to impairment in T regulatory cell functions.