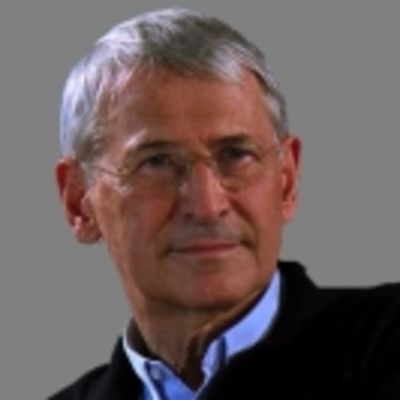 A clinical professor of leadership and organisational change, he held the Raoul de Vitry d'Avaucourt Chair of Leadership Development at INSEAD from September 1992 to March 2013. He is the founder of the INSEAD Global Leadership Centre, the programme director of INSEAD's top management seminar The Challenge of Leadership, and the scientific director of the INSEAD Executive Master in Consulting and Coaching for Change. He has received the INSEAD Distinguished Teacher Award five times. He has held professorships at McGill University, the Ecole des Hautes Etudes Commerciales, Montreal, and the Harvard Business School, and has lectured at management institutions around the world.

Financial Times, Le Capital, Wirtschaftswoche, and The Economist rated Manfred Kets de Vries as one of the world's top fifty leading management thinkers, as well as one of the most influential contributors to human resource management. In 2008, he received the Lifetime Achievement Award from the International Leadership Association (the Leadership Legacy Project), being viewed as one of the world’s six founding professionals in the development of leadership as a field and discipline.

He is the author, co-author or editor of thirty-five books and has published over 350 scientific papers as articles or chapters in books. His books and articles were translated into thirty-one languages. He is a member of seventeen editorial boards. He has been elected a Fellow of the Academy of Management. In 2011, he was awarded the Doctor Honoris Causa title by the IEDC-Bled School in recognition of his contributions to leadership development and research. In 2001, he received the Harry and Miriam Levinson Award (Organizational Consultation division) from the American Psychological Association for his contributions to the field of consultation. He is a founding member of the International Society for the Psychoanalytic Study of Organizations (ISPSO), and in 2009 he became its Lifetime Distinguished Member. Kets de Vries is also the first non-American recipient of the International Leadership Award from the International Leadership Association (ILA) for “his contributions to the classroom and the boardroom”. In 2010, he received the Freud Memorial Award from the Dutch Psychoanalytic Institute in acknowledgement of his exceptional work on the interface between psychoanalysis and organisations.

Kets de Vries is a consultant on organisational design/transformation and strategic human resource management to leading US, Canadian, European, African, and Asian companies. As an educator and consultant, he has worked in more than forty countries.

He was awarded an Officer in the Order of Oranje Nassau by the Dutch government. He was the first fly fisherman in Outer Mongolia and is a member of New York's Explorers Club. In his spare time, he can be found in the rainforests or savannas of Central Africa, the Siberian taiga, the Pamir and Altai Mountains, Australia's Arnhem Land, or within the Arctic Circle.

Peter Hollingsworth
Biography I earned my PhD in Aerospace Engineering at the Georgia Institute of Technology in May 2004. This followed both a Bachelor of Engineering and a Master of Science that were earned in 1999 and 2000 respectively. During my undergraduate work I also worked in the aircraft maintenance-engin...
Nicholas Vijverman
Nicholas Vijverman is a researcher in the Technology &amp; Operations Management Area at Vlerick Business School. He obtained a master in business engineering at the University of Ghent in 2014 and studied one year at the NOVA school of business and economics in Lisbon. His current research is fo...
Pejman Abdolmohammadi
Experience Keywords Iran; Persian Gulf; Shiite world; international relations of Middle East; nuclear deal; radical Islam and ISIS Research Summary Pejman Abdolmohammadi is Visiting Research Fellow at LSE Middle East Centre. He is also Lecturer of Political Science and Middle Eastern Studies a...