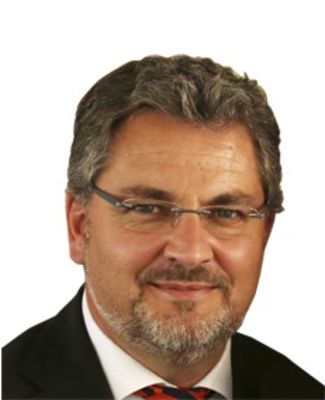 I joined the School of Mechanical, Aerospace and Civil Engineering as a Lecturer in April 2015. I hold a number of other posts at the University including Head of Synthetic Environments and Systems Simulation in the Aerospace Research Institute; Honorary Lecturer in the School of Earth, Atmospheric and Environmental Sciences and Research Fellow in the Interdisciplinary Centre for Ancient Life. I also have external appointments as Visiting Academic in the Oxford e-Research Centre at the University of Oxford and as Associate Research Fellow in the Colorado School of Mines, USA.

I hold a number of leadership roles in external organisations, where I actively promote the industrial exploitation of High Performance Computing in engineering simulation. These include elected Chairman of the NAFEMS HPC Technical Working Group; elected member of the NAFEMS Technical Liaison Committee and elected Vice-Chairman of the PRACE Industrial Advisory Committee. I am also a member of a UK Task Force, initiated by the British Embassy in Chicago and EPSRC, which seeks to promote and encourage collaboration between the UK and the USA in the exploitation of High Performance Computing.

I am the initiator and owner of the open source engineering software ParaFEM and author of the accompanying text book “Programming the Finite Element Method”. The software and text book are used in teaching, research and industry across the globe. I am always very open to discussing new collaborations at any level, from blue skies research projects to technology transfer through consultancy.

Grant Ackerman
Grant Ackerman is a Faculty of Executive Education at Columbia Business School. His teaching emphasis is on Executive Leadership, Collaborative Leadership Models and Cross-Cultural Issues in Management. His research focuses on Managing Conflict and Consensus Within and Between Firms, Cross-Cultur...
Kate Hudson
Kate is an Associate Client Director at Henley Business School. She works with top teams and senior leaders on leadership, team and organisational development issues, specialising in the behavioural changes that underpin cultural and organisational changes. Kate works in both the public and priva...
Louise Hartley
Biography Prof. Louise Hartley is director of York University’s Psychology Clinic. She is a registered psychologist and also holds a corporate coaching certificate. Prof. Hartley has expertise in the field of organizational development, which includes both individual and team interventions design...