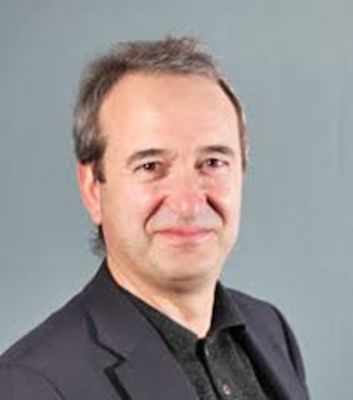 Jonathan Gosling is Emeritus Professor of Leadership Studies at the University of Exeter, having been Chair and Director of the Centre for Leadership Studies there for 12 years. Prior to that he directed the Strategic Leaders Unit at Lancaster Universtiy Management School. He is a visiting Professor at Renmin University of China (School of Philosophy ) where he delivered a series of lectures on the philosophy of leadership (2015). He held an Otto Mønsted Visiting Professorship at Copenhagen Business School (2014), and has been a Distinguished Visiting Professor of Leadership Development at INSEAD, France (2009), as well as a Visiting Professor at McGill University, Quebec; Aukland University in New Zealand, Lund University, Sweden and at Bristol Leadership and Change Centre (BLCC) at the Universtiy of West of England. Trained as an anthropologist, he worked for several years as a mediator in neighbourhood conflicts in London, founded the UK‘s first community mediation service and was the founding Secretary of the European Conference on Peacemaking and Conflict Resolution. After taking a mid-career MBA, he moved into management education at Lancaster University, on the MBA and other programmes for major companies, including British Airways. He co-founded, with Henry Mintzberg and three other malcontents, a new approach to management education, the International Masters in Practising Management. He also played a significant role in the so-called ‘critical management’ movement, launching an influential MPhil and PhD and contributing to the development of specialist conferences and interest groups. He conceived and co-founded the One Planet MBA at Exeter, and now runs a module involving participants from several business schools – Managing Around the World: Roundtables for Practicing Managers. His commitment to workplace-based learning is expressed in CoachingOurselves.com, of which he is a founding Director. He is a founding member of Exeter University's Business Nature Value research group, where he initiated a major programme of research into agricultural supply chains and economic development in Colombia (partnering with Universidad de Los Andes). He is currently (2016/17) running OD programmes to support malaria elimination in two countries in southern Africa; and also contributing to the design and launch of leaderships development initiatives inRed Cross / Red Crescent National Societies in sub-Saharan Africa.

Professor Gosling advises several companies, international agencies and government departments on their leadership-related issues. He is a Fellow of the Leadership Trust Foundation, Lancaster University's Leadership Centre, and the Singapore Civil Service College. He served more than 10 years on the Advisory Board of the UK Defence Academy, and is a co-director of the European Leadership Centre. He has long been interested in unconscious aspects of organsiational and social life, and has directed and been on the staff of many working conferences including Tavistock Institute of Human Relations ‘Leicester conferences’; he has recently adapted these ideas for a ‘Community Mashup’ in a global health programme; and developed a tool for founding multi-sector collaborations – ‘Mindsets for Partnering’. He is on the scientific council of the Gordon Lawrence Foundation for ‘social dreaming’.

Responding to catastrophe – social use of psychaoanlytic methods

David Keith
David Keith has worked near the interface between climate science, energy technology, and public policy for twenty five years. He took first prize in Canada's national physics prize exam, won MIT's prize for excellence in experimental physics, and was one of TIME magazine's Heroes of the Environm...
Victor Seidel
Academic Division: TOIMVictor Seidel researches topics in technology and innovation management, with an emphasis on the evolving nature of the design process. He focuses on how managers, from those running start-ups to those in large R&amp;D organizations, can best navigate from initial concept t...
Fred Katz
Biography After 25 years of owning and building his own food distribution business, Fred Katz, who describes himself as a “true entrepreneur,” decided to pursue his love of teaching. Along the way, he has maintained and strengthened his consulting ties with major consumer product corporatio...