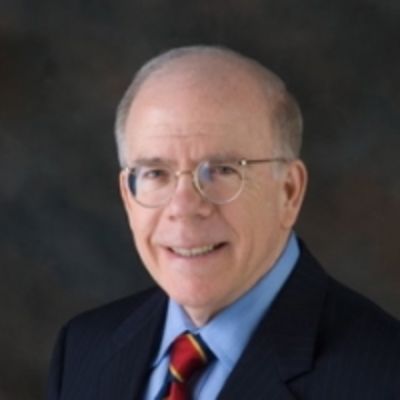 John E. McLaughlin is Distinguished Practitioner in Residence in the Merrill Center for Strategic Studies at the Paul H. Nitze School of Advanced International Studies (SAIS) of the Johns Hopkins University.

Earlier in his career with the CIA, which spanned three decades, Mr. McLaughlin focused on European, Russian, and Eurasian Issues in the Directorate of Intelligence. In the late 1980s and early 1990s, he served as Director of the Office of European Analysis during the period marked by the fall of the Berlin Wall and the collapse of communism in Eastern Europe and the Soviet Union.

Then, four months after the break-up of the Soviet Union, he became Director of the CIA office – Slavic and Eurasian Analysis – that was responsible for CIA’s analysis of the fifteen independent states that emerged from the USSR. During this time, he frequently represented the Intelligence Community on the US diplomatic missions that established initial relations with these newly-independent countries.

While Deputy Director for Intelligence from 1997 to 2000, he created the Senior Analytic Service, a CIA career track that enables analysts to rise to very senior rank without branching out into management. He also founded the Sherman Kent School for Intelligence Analysis, an institution dedicated to teaching the history, mission, and essential skills of the analytic profession to new CIA employees.

In addition to earning his master’s degree in international relations from SAIS/Johns Hopkins, he received a bachelor’s degree from Wittenberg University and completed graduate work in comparative politics at the University of Pennsylvania. He served as a US Army Officer in the 1960s, completing a tour in Vietnam from 1968 to 1969.

Mr. McLaughlin is the recipient of the Distinguished Intelligence Community Service Award and the National Security Medal. He is a member of the Council on Foreign Relations, the American Academy of Diplomacy, a non-resident Senior Fellow at the Brookings Institution and Chairman of the CIA Officers Memorial Foundation. He also serves on the Board of the OSS Society, CIA’s External Advisory Board, and the Aspen Institute’s Homeland Security Advisory Board. He is a Board of Trustees member at the Aerospace Corporation and the Noblis Corporation.

Ancella Livers
Ancella is a skilled leadership development professional who has worked with thousands of managers and executives over the last 15 years. While most of her clients have been in Fortune 500 companies, Ancella has also worked with government agencies and nonprofits. For 12 years, Ancella worked at ...
Nikos Papapostolou
Nikos is a Senior Lecturer in Shipping Finance at the Costas Grammenos Centre for Shipping, Trade and Finance. He holds a BSc in Money, Banking and Finance from the University of Birmingham, an MSc in Shipping, Trade and Finance and a PhD in Finance from City, University of London. He is involved...
Néree Claes
Function Academic Director Professor University Hasselt, Faculty of Medicine Expertise Clinical Leadership for Health Care Professionals Claes Neree (1971) is a medical doctor for disabled patients, professor (Uhasselt) &amp; Academic Director (Antwerp Management School). She obtained her...