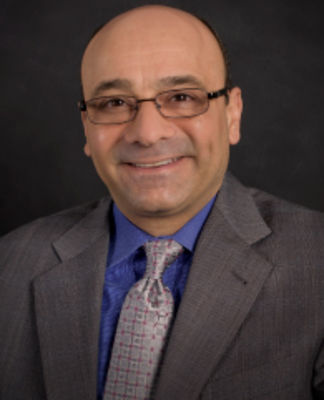 Graziadio School of Business and Management

John Figueroa joined Genoa, a QoL Healthcare Company in July 2014 as Chief Executive Officer, completing the successful merger of Genoa Healthcare and QoL meds. Genoa is the nation's market leading behavioral health pharmacy and telepsychiatry company serving more than 500,000 individuals with severe mental health illnesses, spanning 44 states across a network of 350 pharmacies. Previously, Mr. Figueroa served the dual roles of Chairman and CEO of Apria Healthcare Group Inc. as well as that of Coram LLC. In January 2014 the Coram asset was sold to CVS Caremark for $2.2 Billion. Mr. Figueroa remains the Chairman of Apria Healthcare Group Inc Board of Directors. Prior to his appointment to these roles, Mr. Figueroa served as CEO and Board Member of Cincinnati, Ohio-based Omnicare, Inc., a Fortune 500 healthcare services company that provided pharmaceuticals and related services to long-term care facilities and specialized drugs for complex disease states. Before that, Mr. Figueroa served as President of McKesson Corporation's U.S. Pharmaceutical Group from 2006 to 2010, after holding progressively more responsible operations and sales positions in the company's Supply Solutions, Pharmaceutical and Health Systems groups from 1997 through early 2006. He spent the initial years of his career in various sales and operations roles for Baxter Healthcare Corporation's Hospitex and Medical Surgical divisions.

Mr. Figueroa holds Bachelor's degrees in both English Literature and Political Science from the University of California at Los Angeles, where he was a distinguished military graduate. He also holds a Master's Degree in Business Administration from Pepperdine University, where he has been honored as a Distinguished Alumnus. From 1985 through 1990, he served as a Commissioned Officer in the United States Army.

Mr. Figueroa was awarded the Supply Chain Executive of the Decade award in 2010 from the Global Supply Chain Leaders Group (GSCLG). He serves on the Executive Committee for the Board of Visitors at Pepperdine University Graziadio Business School and is a guest lecturer at the Wharton School of the University of Pennsylvania.

Tom Hafen
Biography Tom Hafen is currently Marketing Head of Gerber Infant Solutions at Nestle SA in Florham Park, NJ.   Tom's past roles include managing the Iams brand at Procter and Gamble, leading US marketing for tablets and phones at Microsoft, and working as global brand manager of Frosted Mini-Whe...
Sofia Yasmin
Biography Sofia joined Alliance Manchester Business School as a Lecturer of Accounting in September 2015.   Prior to this she was a Lecturer in Accounting at the School of Management, University of Bradford.   Sofia gained her PhD in Accounting from Hull University Business School and she is als...
David Orban
Alert analyst of the global technology landscape, applying cycles of accelerating technological change to the needs of high-growth organizations. Deep understanding of the needs and mechanics of both product marketing, sales development, localization, and globalization. Leading teams excel under ...