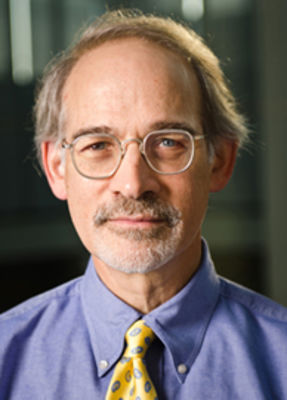 James E. Schrager studies the use of strategy by executives and venture capital partners. He was drawn to this research by a fascination with extreme success and a desire to better understand how it happens--or not. In the classroom, Schrager pushes his students to discover how to better judge potential new venture investments and growth opportunities for existing businesses by using the unique power of strategy. His work is powered by the application of Herbert A. Simon''s concept of Bounded Rationality to strategy.

He has published multiple articles in the Wall Street Journal, CEO Magazine, and the Chicago Tribune, among others. He is frequently quoted in the press and has appeared on NBC, ABC, PBS, and other networks as an expert commentator on business strategy. He was editor of the Journal of Private Equity (published by Institutional Investor) for fifteen years. In 2013, he co-authored a paper on the emerging field of Behavioral Strategy for the Journal of Strategy and Management. He is involved in a series of case-based experiments, conducted with Booth MBA students, which provide data for certain facets of Behavioral Strategy.

Schrager is an active advisor to boards and CEOs on matters of strategy. His clients range from some of the largest companies in the US to professional service firms to start-ups, in high- mid- and no-technology businesses. His previous assignments include a series of corporate turnarounds for the Pritzker family interests, through their Chicago-based industrial conglomerate, The Marmon Group. As executive vice president of San Francisco--based Getz Brothers & Co, he was responsible for the successful execution of the Getz initial public offering in Tokyo, the first private US company accepted to go public in Japan. He has worked extensively on the commercial aspects of advanced cardiovascular devices with the surgeon who performed the first heart-transplant in the USA, Dr. Adrian Kantrowitz. He is currently a board member on a start-up founded by one of the most cited researchers in Malaria vaccines, Dr. Stephen Hoffman, whose company is partially funded by the Bill and Melinda Gates Foundation.

He has three times received the Emory Williams Award for Excellence in Teaching, was twice selected to deliver the Convocation Address, and won the Faculty Excellence teaching award in 2017. He was named one of the top twelve teachers in entrepreneurship in the United States by BusinessWeek Magazine. Schrager earned a bachelor''s degree in economics from Oakland University, an MBA from the University of Colorado, a JD from the Depaul University College of Law, and a PhD from the University of Chicago Booth School of Business in organization behavior and policy. He previously was a certified public accountant in the state of Illinois.

Mark Shepard
Mark Shepard is an assistant professor at Harvard Kennedy School of Government and a faculty research fellow at the National Bureau of Economic Research (NBER). His research studies health care markets, with topics at the intersection of health, industrial organization, and public economics. Much...
Lee Silver
Biography Lee M. Silver is Professor of Molecular Biology and Public Policy and a member of the Program in Science, Technology, and Environmental Policy at the Woodrow Wilson School of Public and International Affairs at Princeton University.  He also has joint appointments  at the Center for Hea...
Heiko Seif
Prof. Dr. Heiko Seif, PhD. studied engineering at the Karlsruhe Institute of Technology and gained his doctorate at the universities of Stuttgart and Bratislava with a thesis on the internationalization of Eastern European companies in the transition from a command economy to a market economy. Al...