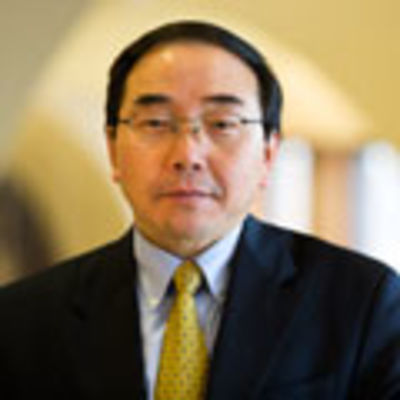 S. Jack Hu was appointed the Vice President for Research at the University of Michigan, effective January 1, 2016. He is also the J. Reid and Polly Anderson Professor of Manufacturing, Professor of Mechanical Engineering, and Professor of Industrial and Operations Engineering in the College of Engineering.

As the Vice President for Research, Dr. Hu has overall responsibility for nurturing the excellence and integrity of research across the entire campus. He oversees the U-M Office of Research, which fosters interdisciplinary research, develops and implements research policy, provides central administrative services in support of faculty research, innovation, and economic outreach, and manages activities related to compliance and the responsible conduct of research. Before his current appointment, Dr. Hu served as the Interim Vice President for Research (2014-2015). Prior to that he was Associate Dean for Academic Affairs (2009–2013) and Associate Dean for Research and Graduate Education (2007–2009), both in the College of Engineering at the University of Michigan.

Dr. Hu’s teaching and research interests include manufacturing systems design and operations, assembly modeling, and statistical quality methods. He is the recipient of various awards, including the SME Outstanding Young Manufacturing Engineer Award, National Science Foundation CAREER Award, ASME William T. Ennor Manufacturing Technology Award, the College of Engineering Research Excellence Award, and several best paper awards. He is a fellow of the American Society of Mechanical Engineers (ASME) and a fellow of the International Academy for Production Engineering (CIRP). He served as the Editor in Chief of Journal of Manufacturing Systems from 2008 to 2013. He was elected a member of the National Academy of Engineering in 2015.

Lené Levy Storms
Lené Levy-Storms’ core research concerns communication issues between health care providers and patients. Older adults with their increased risk of having chronic care needs and limited social relationships may depend on formal health care providers for technical assistance as well as emotional s...
Dinesh Puranam
PhD, Cornell University; MA, Delhi School of Economics Dinesh Puranam's research focuses on measuring "voice" from unstructured data and understanding its implications for consumers, firms and regulators. The term "voice" is defined broadly to include all types of discussion captured in unstruct...
Badot Olivier
Biography Olivier Badot is a Fellow of the Royal Society (of Arts, Manufacture and Commerce), a member of the Academy of Commercial Sciences and a member of the National Commission for Retailing Consultation and of the National Retailing Statistics Commission. He is a member of the Expert Committ...