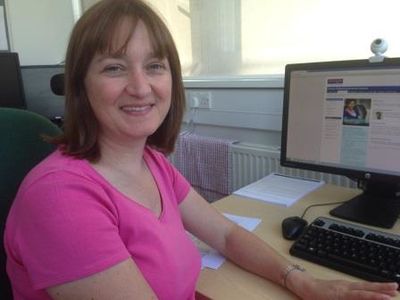 I am the course unit leader for two course units on the MPH/MRes Postgraduate Programmes in Public Health and Primary Care, the Fundamentals of Epidemiology course unit and the Practical Statistics for Population Health course unit. Having enjoyed a successful research career in epidemiology and statistics I first got involved in teaching on the fully online distance learning MPH/MRes Postgraduate Programme in Public Health and Primary Care in 2005. I became module lead for Biostatistics 2006 and re-wrote the module using new and innovative teaching methods in 2007. As I got more involved in teaching I recognised that I could make a difference through teaching in a more tangible way than I was able to through my research. I reduced my research commitments and continued to develop and innovate within my teaching role taking the lead in the Fundamentals of Epidemiology module in 2008. I am involved in many other aspects of the programme including curriculm development, the student ambassadors project, other service and leadership roles as well carrying out research on our teaching.

I graduated from Aberdeen University with an honours degree in Statistics in 1991 and obtained my masters degree in Medical Statistics from Leicester University in 1992. I began working for the NHS Information and Statistics Division in Edinburgh before moving to Glasgow University to work on a research project on seasonal patterns of morbidity and mortality. During my time at Glasgow I completed my PhD titled ‘Seasonal patterns of mortality and morbidity in Scotland: modeling time series of counts’ and I was involved in other research projects on heart failure and housing and health.

I moved to the University of Manchester in 2001 and was based at the National Drug Evidence Centre and the Evidence for Population Health Unit before moving to the National Primary Care Research and Development Centre in October 2006. During this time I was involved in research on prevalence of problem drug use in Greater Manchester, the population impact of interventions for heart disease, the influence of infant growth on risk factors for CHD and several other research projects in population health. In 2008 I moved from research into teaching as a Lecturer in Biostatistics and Epidemiology on the MPH/MRes programme.

David Nour
Clients call me when they want to leverage the value of their greatest off-balance sheet asset: their relationships. For 20 years, I’ve helped leading organizations recognize the many quantifiable ways that relationships drive everything: strategy, innovation, growth, and profitability. I speak ...
Stephen Rapier
Dr. Rapier has been actively engaged in marketing as both a practitioner and lecturer since 1982. As a practitioner, he has over 25 years of experience on both the agency and client side. He has provided strategic insight relative to brand and marketing strategy, advertising, public relations, an...
Itzhak (Zahi) Ben-David
Background Professor Itzhak ("Zahi") BenDavid is the Neil Klatskin Chair in Finance and Real Estate at The Ohio State University Fisher College of Business. He serves as the Director of the Ohio State University Center for Real Estate. He teaches real estate finance classes to undergraduate and M...