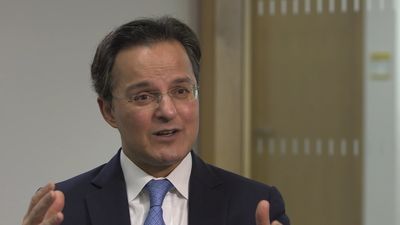 Iraj Ispahani is CEO of Ispahani Advisory Ltd and based in London.He is a Director and Board Member of MM Ispahani Ltd a 195 year old family business headquartered in Bangladesh. His area of responsibility is corporate development.

Previously Mr Ispahani was a Senior Client Partner and Global Head Client Strategy in Korn/Ferry International’s London office. He focused on the asset/wealth management and hedge fund sectors and also worked on senior-level assignments in corporate and investment banking. Mr. Ispahani joined Korn/Ferry from Cantos Communications, an online investor relations company, which he co-founded in 2001 and was deputy chief executive and COO. Prior to co-establishing Cantos, Mr. Ispahani worked at JP Morgan with assignments in New York, London and Geneva. During his 15 year tenure, he worked as a fixed-income sales professional, as a client relationship manager in asset management and as a corporate finance coverage banker in investment banking. In his last assignment at JP Morgan, Mr. Ispahani was chief operating officer of the global financial institutions group in M&A and was a member of its global management team. In that role within investment banking, he worked closely with the legal and compliance, finance, corporate communications and human resources teams. Mr. Ispahani holds a master’s of philosophy degree in international relations from Cambridge University and a bachelor’s (with honours) from London University in politics and history. He is Deputy Chairman of Shakespeare’s Globe where he Chairs the NomCo and the Remco and is a member of the Advisory Board of Seeing is Believing, a reversible blindness initiative led by Standard Chartered Bank.Mr. Ispahani is a non-executive director of Cantos Communications.

Chris Kyle
Degree Ph.D., Auckland University, 1994 Specialties Toponomology, society, law and culture of Westminster and London, the social history of parliaments in early modern Britain Personal Website http://chrisrkyle.googlepages.com/home Research Interests The toponomology, society...
Kevin Gillan
Biography Kevin completed his PhD at the University of Sheffield, where he investigated a range of social movement groups contesting globalisation and war. The thesis explored the ways in which activists beliefs and activities are shaped by historical and ideological contexts. Kevin subsequently ...
Peter Landry
Bio Peter Landry is an Assistant Professor of Marketing, cross-appointed to the Marketing Area at Rotman from the Department of Management at the University of Toronto, Mississauga. His research interests span microeconomic theory, behavioral economics, health economics, and neuroeconomics. After...