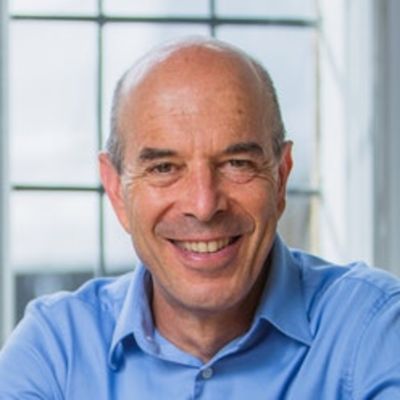 Professor of Globalisation and Development, University of Oxford

During his decade as Director the School established 45 programmes of research, bringing together more than 500 academics from across Oxford, from over 100 disciplines, and becoming the world’s leading centre for interdisciplinary research into critical global challenges.

Professor Goldin initiated and was Vice-Chair of the Oxford Martin Commission for Future Generations, which brought together international leaders from government, business, academia, media and civil society to address the growing short-term preoccupations of modern politics and business, and identify ways of overcoming today’s gridlock in key international negotiations. The Commission's report, Now for the Long Term, was published in October 2013.

From 1996 to 2001 he was Chief Executive and Managing Director of the Development Bank of Southern Africa and served as an advisor to President Nelson Mandela. He succeeded in transforming the Bank to become the leading agent of development in the 14 countries of Southern Africa. During this period, Goldin served on several Government committees and Boards, and was Finance Director for South Africa’s Olympic Bid.

Previously, Goldin was Principal Economist at the European Bank for Reconstruction and Development (EBRD) in London, and Program Director at the OECD Development Centre in Paris, where he directed the Programs on Trade, Environment and Sustainable Development.

Goldin has received wide recognition for his contributions to development and research, including having been knighted by the French Government and nominated Global Leader of Tomorrow by the World Economic Forum. He has published over 50 articles and 20 books - more information can be found at iangoldin.org

Abdelkader Aoufi
Background Abdelkader has previously held positions at the University of Versailles Saint-Quentin-en-Yvelines in France, University of Neuchatel in Switzerland. He also taught intensive courses in Guadeloupe and Algiers.   Abdelkader started his career as a civil engineer. He then worked as a Co...
Greg Patton
PhD, University of Southern California Greg Patton is an expert in communication, and interpersonal and leadership effectiveness. He has received numerous teaching awards, been ranked as one of the top three professors at USC, and helped USC’s Executive MBA Program achieve a #1 worldwide ranking...
Ben Yost
EDUCATION Ph.D., Massachusetts Institute of Technology M.S., University of Virginia B.A., University of Virginia  EXPERTISE/RESEARCH Professor Benjamin Yost is interested in the economic effects of taxes and corporate disclosures. He uses empirical/archival methods to study the link between man...