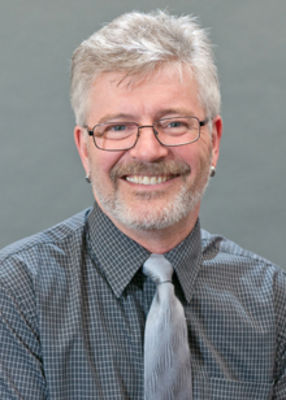 Academic Division: Math & ScienceProfessor Troughton has taken a round-about way to teaching. After completing the required coursework for a Ph.D. in Mathematics, he decided to pursue a career that would use his skills as a birdwatcher. He completed a Master''s degree in Environmental Science and his dissertation was studying wildlife control on airport property. After a few years as a wildlife ecologist, he began teaching mathematics courses where he met his wonderful wife, Polina. Shortly thereafter, they moved to Boston from Calgary, Alberta, Canada and have lived in the Boston area since. Professor Troughton has a wide range of interests and pursuits. He spends most summers in Calgary conducting wildlife surveys as part of the environmental assessment process for oil & gas projects. He is an avid history buff, collects coins & stamps and runs. He competes in agility with his dog, Cinders, and is training for his first marathon in 2013. Since 2002, he and his wife have visited all 50 states, 9 Canadian Provinces and the Yukon Territory.

Philippa Tyrrell
Overview I am Professor of Stroke Medicine and an Honorary Consultant in Stroke Medicine at the Comprehensive Stroke Centre at Salford Royal Foundation Trust. My research interests include translational studies of immunomodulation after acute ischaemic stroke and subarachnoid haemorrhage, studies...
Katherine Faigen
Academic Division: Arts &amp; HumanitiesKatherine Faigen is a Boston area writer and educator who currently, teaches composition and rhetoric courses at Emerson and Babson colleges. In the spring, Katherine coaches high school rowing and spends her summer teaching at Phillips Academy in Andover. ...
David Lipsky
Overview David B. Lipsky is the Anne Evans Estabrook Professor of Dispute Resolution in the School of Industrial and Labor Relations, Adjunct Professor of Law, and Stephen H. Weiss Presidential Fellow at Cornell University. He is the former Director (1996-2016) of the Scheinman Institute on Confl...