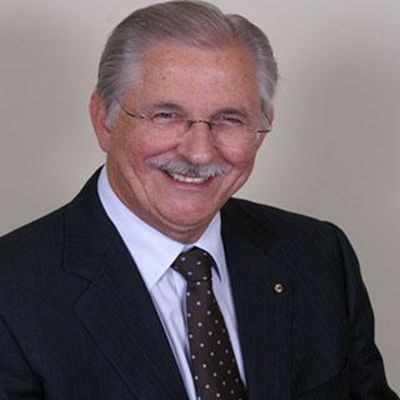 Professor Withers has chaired Commonwealth Inquiries into Infrastructure Financing and into Population Issues and Australia’s Future, reporting to the Hawke and Keating Governments, and was Co-Commissioner for the Productivity Commission’s Stocktake of Progress on Micro-economic Reform and a Task Force member for the Inquiry into Child Care, reporting to the Howard Government. He was Strategic Adviser for the Department of Finance and Deregulation in 2013. He is currently Chair of the Expert Working Group into “Australia’s Comparative Advantage” for the Australian Council of Learned Academies.

Professor Withers has a masters and a doctorate in economics from Harvard, where he was a Menzies Scholar, Knox Fellow and Fulbright Scholar and also a Faculty member. He has consulted widely for government and the private sector, from the OECD through the NorthWest Shelf Consortium to the Seven Network. He has been consultant to the Business Council of Australia on population policy, to Council of Australian Government senior officials on competition policy, to Australian Premiers on federalism and to the Malaysian Prime Minister on labour, education and foreign worker reform.

He has been chairperson of a number of Federal and State government bodies, including the National Population Council and the Migrant Skills and Qualifications Board, and was awarded an AO in 1992 for contributions to applied economics including for the development of the Australian immigration points system.

Professor Withers is a Fellow of the Academy of Social Sciences and President-Elect. He is also Chair of the Blended Learning International Advisory Board. He has also held professorial appointments at Cambridge University, England and La Trobe University, Australia.

Glenn Withers has published five books and around 150 academic papers and writes frequently for the media. His research focuses on public policy, competition policy, economic history, human resources and cultural policy. He co-edited the Cambridge Economic History of Australia, published in 2014. Details of research publications and projects are given on the ANU researchers page: https://researchers.anu.edu.au/researchers/withers-ga

Prakash Mulchandani
With over 30 years of experience in industry, Mr. Mulchandani brings extensive knowledge towards teaching in the business curriculum. Joining Rockwell International soon after obtaining his MBA, Mr. Mulchandani had assignments in several functional areas of the company, including Finance, Account...
Gregory (Greg) De Croix
Gregory DeCroix is the Grainger Wisconsin Distinguished Professor in Marketing Development in the Department of Operations and Information Management at the Wisconsin School of Business. His research is in the field of supply chain management, with a specific focus on areas such as managing sup...
Ashley Ritter
About Ashley K. Ritter is a values based leader who brings over ten years of experience across a variety of sectors and disciplines including human resources, nonprofit management, healthcare and higher education. In her roles she has been responsible for leadership coaching and training, career ...