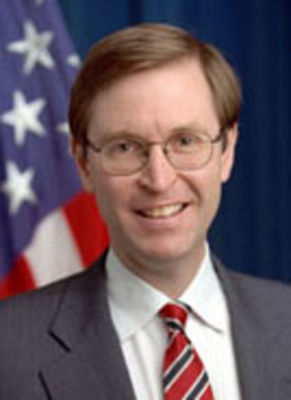 Professor Hubbard is a specialist in public finance, managerial information and incentive problems in corporate finance, and financial markets and institutions. He has written more than 90 articles and books on corporate finance, investment decisions, banking, energy economics and public policy, including two textbooks, and has co-authored Healthy, Wealthy, & Wise: Five Steps to a Better Health Care System. In a recent book, Tax Policy and Multinational Corporations, he argues that U.S. tax policy significantly affects financing and investment decisions of multinational corporations. Hubbard has applied his research interests in business (as a consultant on taxation and corporate finance to many corporations), in government (as deputy assistant of the U.S. Treasury Department and as a consultant to the Federal Reserve Board, Federal Reserve Bank of New York and many government agencies) and in academia (in faculty collaboration or visiting appointments at Columbia, University of Chicago and Harvard).

The Effect of the Tax Reform Act of 1986 on the Location of Assets in Financial Services Firms In Journal of Public Economics (2003)
Coauthor(s): Rosanne Altshuler, R. Glenn Hubbard

Are There Bank Effects in Borrowers'' Costs of Funds? Evidence from a Matched Sample of Borrowers and Banks In Journal of Business (2002)
Coauthor(s): R. Glenn Hubbard, Kenneth Kuttner, Darius Palia

A Reexamination of the Conglomerate Merger Wave in the 1960s: An Internal Capital Markets View In Journal of Finance (1999)
Coauthor(s): R. Glenn Hubbard, Darius Palia

Understanding the Determinants of Managerial Ownership and the Link Between Ownership and Performance In Journal of Financial Economics (1999)
Coauthor(s): R. Glenn Hubbard, Darius Palia

The Political Economy of Branching Restrictions and Deposit Insurance: A Model of Monopolistic Competition Among Small and Large Banks In Journal of Law and Economics (1996)
Coauthor(s): Nicholas Economides, R. Glenn Hubbard, Darius Palia

The Role of Nonprofit Endowments In The Governance of Not-for-Profit Organizations (2003)
Coauthor(s): R. Glenn Hubbard

International Adjustment Under the Classical Gold Standard: Evidence for the U.S. and Britain, 1879-1914 In Modern Perspectives on the Gold Standard (1996)
Coauthor(s): Charles Calomiris, R. Glenn Hubbard

Your Right to Vote is Also a Responsibility (2016)

Tariffs Aren’t a Cure-All for US Jobs, Economist Says

A Conservative Economics of Dignity

Trump Picks Monetary Expert for No. 2 Job at Federal Reserve

Trusting a Book by Its Cover

Columbia Business School Appoints Henry Swieca to Board of Overseers

Paulo Jorge Da Silva Bartolo
Biography Paulo Bartolo holds a PhD degree in Polymer Physics from the University of Reading (UK, 2001), a Master of Science in Mechanical Engineering (1996) and a Licenciatura in Mechanical Engineering (1993), both from the Technical University of Lisbon (Portugal). Paulo Bartolo is Professor o...
Soren Kristensen
Biography I am a Lecturer in Health Economics at the Manchester Centre for Health Economics. I earned an MSc in Economics (2008) and a PhD in Economics (2012) from the University of Southern Denmark. I joined the Manchester Centre for Health Economics in May 2012 and have held visiting positions ...
Tony Cox
Areas of Expertise How consumers evaluate the risks of using (and not using) medical products,How message framing influences health-related behaviors,How measuring consumers'' intentions and attitudes influences their subsequent behavior Academic Degrees PhD, Indiana University, 1984 MBA, Indian...