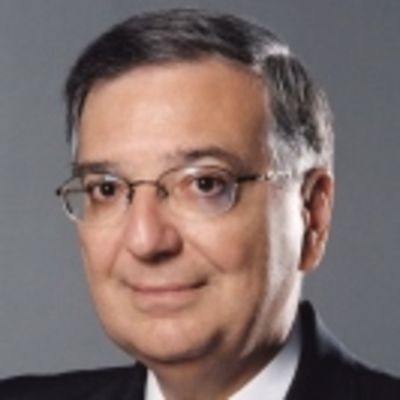 In 1982 he received the Presidential Award for Distinguished Faculty Scholarship from the City University of New York. During the 1987-1988 academic year, he was a Visiting Professor of Finance at the Wharton School of the University of Pennsylvania where he received the Helen Kardon Moss Anvil Award for Excellence in Teaching. He is the recipient of The Fulbright Award for Global Business Education (2004) and was awarded Honorary Doctorates from the University of Liège, Belgium (2005), the Art Center College of Design, California (2005), and the American University in Cairo (2010). He received the French Legion of Honour in 2005 and was presented with The Chief Executive Leadership Award from the Council for Advancement and Support of Education (CASE) in 2006.

Gabriel Hawawini served as a vice-president of the French Finance Association (1984-1986) and was a member of the editorial board of several academic journals. He authored sixteen books and over eighty research papers. His publications are in the areas of value-based management, risk estimation and asset valuation, portfolio management, and the structure of the financial services industry. His books include Mergers and Acquisitions in the U.S. Banking Industry (North Holland, 1991), the fifth edition of the Finance for Executives: Managing for Value Creation (Cengage, 2015) which has been translated into several languages, and The Internationalization of Higher Education and Business Schools: A Critical Review (Springer, 2016).

He served on the board of several public companies and is currently a trustee of the University of the People, as well as a member of the advisory boards of the MIT Sloan School of Management and the Carnegie Mellon University in Qatar. He consults a number of companies on the implementation of value-based management systems and, since 1982, has organised, directed, and participated in various management Executive Education programmes around the world.

Kathryn Pottruff
As President of Pottruff Consulting Inc., Kathryn helps individuals and organizations drive profitable growth by improving how projects, programs and portfolios are managed. Whether she is giving a keynote address, conducting a workshop, working with managers to bring about needed organizational ...
Jillian Grennan
Academic Area: Finance Teaching / Research Interests Corporate Finance, Corporate Culture, Corporate Governance, Law and Economics, Innovation, Intellectual Property Bio Jillian P. Grennan is an Assistant Professor of Finance at the Fuqua School of Business at Duke University where she teaches ...
Daniel Yuste
Daniel Yuste is the Managing Director for Spain and Latin America at Designit, a global strategic design firm. He has been working at Designit since 2008 to combine creativity and technology in order to drive change and growth across businesses, industries, and societies. Daniel holds an MBA from...