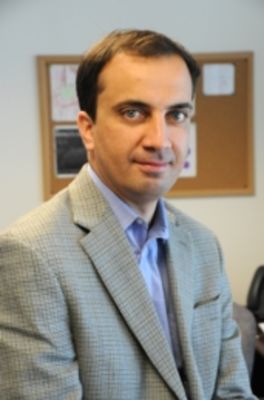 Eduardo Cavallo is currently a Senior Economist at the Research Department of the Inter-American Development Bank (IDB) in Washington DC. Prior to re-joining the IDB, Eduardo was a Vice-President and Senior Latin American Economist for Goldman Sachs in New York. Eduardo had already worked at the IDB as a Research Economist between 2006 and 2010. He holds a PhD in Public Policy and an MPP from Harvard University, and a BA in Economics from Universidad de San Andres (UdeSA) in Buenos Aires, Argentina.

He has been a research fellow at the Center for International Development (CID), a visiting scholar at the Federal Reserve Bank of Atlanta, a member of the faculty at the Kennedy School of Government's Summer Program. In Argentina he co-founded Fundación Grupo Innova. His research interests are in the fields of international finance and macroeconomics with a focus on Latin America. He has published in several academic journals, and is the co-editor of the IDB book, Dealing with an International Credit Crunch: Policy Responses to Sudden Stops in Latin America.

Tim Vogus
Subject Areas Health Care, Organization Studies Biography Nationally recognized for his teaching abilities and his research on making health care delivery safer (or reducing medical error), Tim Vogus teaches classes in negotiation and leadership that are among the most popular at Owen. Awards &am...
Francine Blau
Overview Overview Francine D. Blau is Frances Perkins Professor of Industrial and Labor Relations and Professor of Economics at Cornell University, a Research Associate of the NBER (National Bureau of Economic Research), and a Research Fellow of IZA (the Institute for the Study of Labor). She rec...
Diana Phillips
Expertise Management Culture &amp; Communication International Business Communication Programs Full-time Master in Finance Professor Diana Phillips was awarded her Ph.D. at the University of London. She is a Full Professor at the University of Antwerp, Faculty of Applied Economics, and a ...