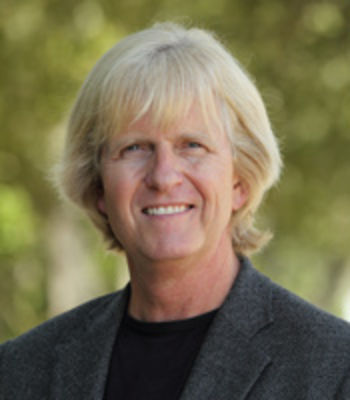 Dr. David Newton is a full-time new venture consultant, and has taught in the Rady Center for Executive Development since 2013. His consulting focuses on high-tech product strategies and innovative online learning platforms. For 28 years he was a full-time professor at UMass-Amherst, Westmont, and the Pepperdine MBA program. The Freedoms Foundation of Valley Forge named him its 2008 National Leavey Award Winner for Excellence in Private Enterprise Education, and he has been a national Master Teacher of Entrepreneurship at the Experiential Classroom symposium every year since 2004. Previously he served as: Chief Economist at Hispanic Business magazine (Jan-Dec, 1994); Editorial Review Board - Journal of Small Business Strategy (1993-1996); Contributing Editor on Growth Capital at Industry Week Growing Companies magazine (1998-2000); Moderator for small-cap stocks at eRaider.com (1999-2001); and Contributing Editor on Small Firm Finance at Entrepreneur magazine (2000-2005).

Dr. Newton has consulted to over 500 firms since 1984, and authored/co-authored over 190 published articles and 10 books including: 1- the ground-breaking Entrepreneurial Ethics (Kendall-Hunt, 1997), 2- How To Be A Small-Cap Investor (McGraw-Hill, 1999) – selected the November ‘99 book-of-the-month by Money magazine, and awarded a 1999 Top-10 Books in Investments and Finance by Forbes magazine, and 3- Job Creation (E3 Free Market Press, 2010 - Foreword by Arthur Laffer). His latest book is The Misguided History Of American Taxes (2016, Foreword by Fred Barnes). He continues to speak extensively throughout California and the U.S., as well as in Europe.

Brian Little
Brian Little is a Managing Director in the Consumer Investment Banking Group of Imperial Capital. Mr. Little has over 15 years of experience advising middle market clients on M&amp;A and capital raise transactions, with a keen focus on lifestyle brands within the broader consumer sector. Mr. Litt...
Debra Coleman Jeter Cpa
Subject Areas Accounting Biography A CPA with a distinguished record of professional achievement, Debra Jeter has earned numerous accolades for her teaching and research excellence. Awards &amp; Accomplishments Professor Jeter''s many awards and honors include scholarships and fellowships from De...
Marteau Didier
Biography Didier Marteau is a Professor of economics at ESCP Europe. He holds two Doctorates from the University Paris Dauphine (Management Science and Economics). He is a graduate of the Institut d’Etudes Politiques de Paris (Sciences-Po). For many years he has researched the field of financial ...