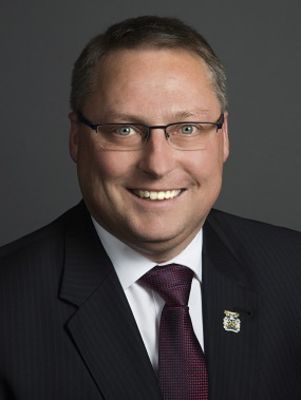 Dan Mathieson is in his fifth term as Mayor and has sat on municipal council since 1995. During his tenure Dan has been a member on numerous boards and committees in healthcare, municipal affairs, law enforcement, athletics, not-for-profits, universities and colleges.

He is currently Chair of the Ontario Municipal Property Assessment Corporation (MPAC), Chair of Kings University College at Western University, Chair of the Stratford Police Services Board, a member of the Board of Directors of Festival Hydro and Rhyzome Networks, the Stratford Festival, and the Advisory Board of the University of Waterloo-Stratford Campus. Dan is also a Governor on the Board of i-Canada and is on the Advisory Board for Walsh University - Institute for the Study of the Intelligent Community.