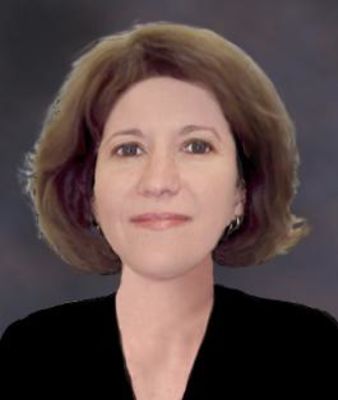 School of International and Public Affairs
Adjunct Research Scholar in the Arnold A. Saltzman Institute of War and Peace Studies; Adjunct Associate Professor

Cynthia Roberts is Associate Professor of Political Science at Hunter College, City University of New York. She is also a Research Scholar at the Arnold A. Saltzman Institute of War and Peace Studies and Adjunct Associate Professor of International and Public Affairs at Columbia University. Roberts is a member of the John J. McCloy Roundtable on Setting the National Security Agenda at the Council on Foreign Relations. Previously she was Director of the Russian Area Studies Graduate Program at Hunter and served as a member of the Executive Committee on Science, Arms Control, and National Security of the American Association for the Advancement of Science. She has held research fellowships at the Brookings Institution and Stanford University, received several grants, including from the Ford Foundation and the National Endowment for the Humanities, and worked as a consultant on international security issues.

Prof. Roberts is a specialist on Russia and European security problems and also publishes widely on international power shifts and the economic and financial statecraft of rising powers. Her book, The BRICS and Collective Financial Statecraft (with L. Armijo and S. Katada), was published by Oxford University Press in November 2017. She is the editor of and contributor to a special issue on Challengers or Stakeholders? BRICs and the Liberal World Order (Polity, 2010) and co-author, most recently, of “The Varieties of Collective Financial Statecraft: the BRICS and China” in Political Science Quarterly (Fall 2017).

Recently, Prof. Roberts has focused on the re-emergence of nuclear threats as a source of insecurity in Europe and the erosion of European defense capabilities. She is the author of numerous articles on European security issues and a monograph on Russia and the European Union: The Sources and Limits of ‘Special Relationships’ (2007). Her work is published in scholarly journals, online in The European Financial Review and Foreign Affairs and in reports and edited volumes.

Maria Canal
Overview Maria Canal belongs to the Strategic Research Domain of Neuroscience &amp; Mental Health, within the Faculty of Biology, Medicine and Health.  Her main interest is to understand the processes involved in the development of the mammalian biological clock and to determine the effects of p...
Henrik Andersson
Henrik Andersson joined the department in 2004 after previously having lectured at Karlstad University from 1994 and onwards. He holds MSc:s in engineering from Cranfield Inst. of Tech. (U.K) and Linköping Inst. Of Tech (Sweden) and has worked at Ericsson and Aston Martin Lagonda. He received his...
Nima Bari
Nima Bari is a Data Scientist and Researcher, and a Lecturer at Georgetown University. Nima has over eight years of teaching experience in subjects such as C, C++, Java, database management, data mining, machine learning, data ethics, research design and application for data analysis, network eng...