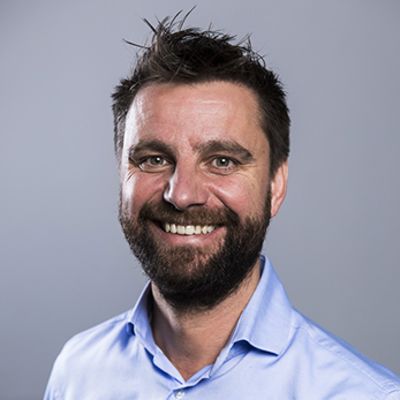 Camiel is founding partner of Focus Orange Advisory and Crunchr, organisations focused on the effective deployment of people in organizations. He is advisor to the Boards of a wide variety of organizations, mostly multinationals, listed and non-listed. His primary focus is to support Boards in their role as employer.

After his studies of Law & Economics in Utrecht and Cambridge, Camiel joined Towers Perrin. He held positions in the United Kingdom, Switzerland, Belgium and The Netherlands for this organisation. He became Managing Partner for The Netherlands in 2008. After leaving Towers Watson, he founded Focus Orange in 2011 with the belief that companies can improve the effectiveness of their investment in their people by using advanced and innovative analytical techniques. Crunchr, an award winning tech start-up is a spin-out using workforce data to make better business decisions. Both companies employ around 60 people now, with offices in Amsterdam and Eindhoven.

In addition to his roles at Focus Orange and Crunchr, Camiel is chairman of the board of Stichting Move and active as volunteer for the Dutch Rowing Association. He publishes regularly and in 2015, he wrote a book on executive compensation with his colleague Hein Haenen (‘Bovenbazen en de scheefgroei van hun beloning’). Camiel lectures at TIAS Business School and a number of board education programs. He is married, has three sons and tries to spend as much time as possible with his family, while maintaining his hobbies as cyclist, mountaineer and skier.

Thomas Lys
Thomas Z. Lys is the Eric L. Kohler Chair in Accounting and Professor of Accounting Information and Management and Professor of Law (by courtesy) at the Northwestern School of Law. Professor Lys’ research has been published in prominent academic journals, including the Journal of Accounting and ...
William Aulet
Bill Aulet is the managing director of the Martin Trust Center for MIT Entrepreneurship at MIT and also a senior lecturer at the MIT Sloan School of Management. The center is responsible for entrepreneurship across all five schools at MIT starting with education but also extending well outside th...
Vivien Schmidt
Vivien A. Schmidt is Jean Monnet Professor of European Integration, Professor of International Relations and Political Science at Boston University, and Founding Director of BU’s Center for the Study of Europe.  She received her MA and PhD from the University of Chicago, her BA from Bryn Mawr Col...