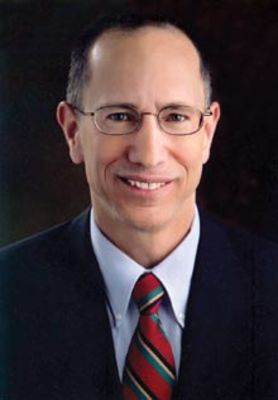 Bruce Schobel first heard the word actuary at 18, when a stranger delivering the prize money he’d won in a math contest encouraged him to pursue the profession. The encounter stuck with him when he entered MIT to study mathematics, although his advisors discouraged a career in actuarial work, warning that it would be elementary and stodgy. As an undergrad, Schobel not only passed three actuarial exams on the first try–a rare feat–but earned the highest scores possible.

While working at the Prudential Insurance Company, he completed all 10 required exams by age 24–about five years ahead of schedule. He was considered too young for a promotion, but he was ready for more challenges. A 1979 encounter with Robert J. Myers, then the chief actuary for the Social Security Administration (SSA), offered Schobel his break. Before long, he served as staff actuary for the National Commission on Social Security Reform (a.k.a. the Greenspan Commission), whose recommendations for solving a short-term financing crisis became the Social Security Amendments of 1983–the program’s last significant changes.

Next, he served as senior policy advisor to the commissioner of Social Security and helped write speeches for President Reagan–a job his MIT studies with theorems and proofs prepared him for. “Persuading people requires rigorous arguments, and I think a lot of my success has to do with my mathematical training,” he says.

After almost a decade at the SSA, Schobel worked briefly at an actuarial consulting firm and then moved to New York Life, where he now serves as vice president and actuary in the tax department. For the past 10 years, he’s focused on improving the actuarial profession through leadership positions in the Society of Actuaries, where he has served as president, and the American Academy of Actuaries, where he was slated to become president in October.

In 2001, claiming that actuarial exams tested the wrong material, he spearheaded the launch of a controversial educational overhaul that was completed in 2008. Since 2003, he’s sought to expand the reach of actuaries into enterprise risk management. “A lot of the economic crisis right now is a result of unrecognized risk,” he says. Actuaries, with their ability to recognize, quantify, and mitigate risk, might have spotted it.

An avid traveler, Schobel has visited 90 countries, with a goal of 100. His favorite? Australia. He and his wife, Jeanne, live in Princeton Junction, NJ, and have four children, one an aspiring actuary.