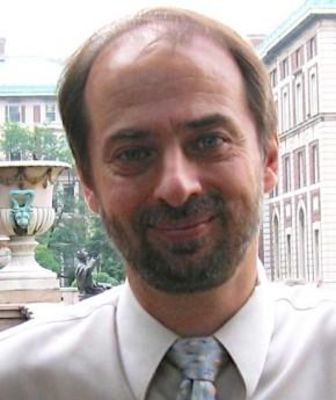 Arvid Lukauskas is the executive director of the Picker Center for Executive Education and the MPA in Economic Policy Management (MPA-EPM) program at the School of International and Public Affairs, Columbia University.  He also directs SIPA’s summer program offered in collaboration with the School of Continuing Education.

Lukauskas teaches and conducts research on international and comparative political economy, with a focus on the political economy of finance and trade policy.  His books are the Handbook of Trade Policy for Development, edited with R. Stern and G. Zanini (Oxford University Press, 2013); The Political Economy of the East Asian Crisis and its Aftermath, edited with F. Rivera-Batíz (Edward Elgar 2001); and Regulating Finance: The Political Economy of Spanish Financial Policy from Franco to Democracy (University of Michigan 1997).  His articles have appeared in various scholarly journals, including Comparative Politics, Comparative Political Studies, International Studies Quarterly, Japanese Journal of Political Science and Review of International Political Economy.  He is currently working on a book-length project examining the links between economic and social development in East Asia.

Through the Picker Center, Lukauskas has helped develop or direct a number of major executive training programs in Brazil, Chile, China, Egypt, Republic of Georgia, Hong Kong, Malaysia, Mexico, Singapore, and Thailand as well as for UNDP and the World Bank.  He was the principal investigator for a four-year USAID grant, in conjunction with the East-West Management Institute, to develop educational capacity in the Republic of Georgia.  He has served as a consultant to UNDP and the World Bank Institute.

John Kasarda
John D. Kasarda is considered the leading developer of the aerotropolis concept, which positions airports as 21st century drivers of business location and urban economic growth. His expertise includes aviation infrastructure, logistics, demographics, urban development and commercial real est...
John Stasko
John is Director of the Information Interfaces Research Group whose mission is to help people take advantage of information to enrich their lives. As the amount of data available to people and organizations has skyrocketed over the past 10-20 years, largely fueled by the growth of the internet, i...
Jeffrey Cannon
After 9 years as an adjunct lecturer at the IU School of Journalism teaching a dozen different core courses, I proudly moved across campus to join the faculty at the Kelley School of Business, one of IU's proudest and most prestigious schools. I teach C204 Business Communications, a required cour...