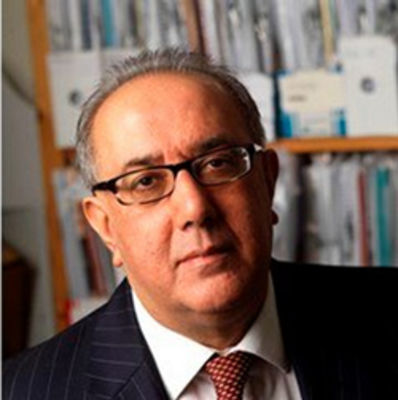 Arun is a corporate educator and international lawyer in private practice. As a facilitator, coach and consultant he focuses on Intercultural Management and Communication, International Leadership, Impact and Influence, Intercultural Negotiations, Cultural Due Diligence, and Country-Specific Advice (among others Indian culture). He has carried out post graduate studies and research at the University of Cambridge into intercultural teams, negotiation and the impact of intercultural training. He has published in the Financial Times, Indian Economic Times and Euromoney.

Previously he was a partner at City of London law firms (Pinsent Masons,) and KPMG where he practiced as a lawyer, led the international commercial law group for KPMG globally, management consultant, led international teams, led the India Business Group for KPMG Europe and trainer to senior and middle management both within and outside KPMG in the arena of cross-border M&A and investment, disputes and outsourcing across the developed world and emerging markets.

He is currently a Senior Associate on Management Development at the University of Oxford’s Institute of Legal Practice, he is a Visiting Lecturer in International Negotiations, Leadership and Influencing to the University of Cambridge where works specifically with Chinese bankers from the Bank of China, Chong Qing and Bohai Banks on leadership and working across cultures. He was a Non Executive Director of UK Government’s Trade and Invest Organisation.

For Trompenaars Hampden-Turner he has often been asked as an expert on Indian culture to conduct workshops on Intercultural Management with special focus on working with people from India (e.g. Philips and RBS).

Wes Yin
Wes Yin is an associate professor in the Department of Public Policy and the Anderson School of Management at UCLA, and is a Faculty Research Fellow at the National Bureau of Economic Research. Prior to coming to UCLA, Yin served as Acting Assistant Secretary of Economic Policy at the Department ...
Geok Theng Lau
Education Qualifications PhD, University of Western Ontario, Canada, 1990 BBA (Hons), National University of Singapore, 1981 Research Interest Business-to-business Marketing Supply Chain Management Purchasing Management Academic Experience Associate Professor of Marketing, National Universit...
Virginia Drummond
Management, Law and Human Resources Holder of an International Law Graduate Diploma having the Brazilian and French dual citizenship, VIRGINIA DRUMMOND ABDALA left Brazil in September, 1998. In France, she has worked as a consultant and trainer in intercultural management since 1999. Having cont...