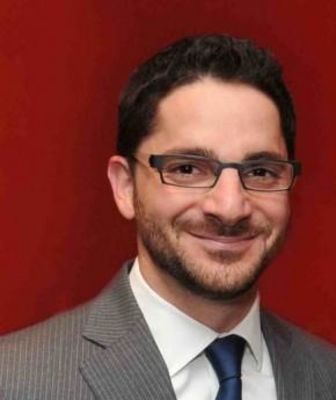 Ari Wallach is the founder and CEO of Synthesis Corp., a New York City based strategic consultancy that lives at the intersection of innovation, technology and purpose driven culture. Synthesis works with governments, NGOs, foundations, and corporations at the C-suite level to discover new ways to drive sustainable innovation, rethink business models and improve top-line metrics. Clients include organizations such as CNN, Ford Foundation, UNHCR, VW, Pew Research Center and the US State Department.

Ari is the co-founder of The Great Schlep (www.TheGreatSchlep.com), whose eponymous video had over 25 million web views, 350 million global media impressions and started a national conversation about race, faith and democracy during the 2008 presidential campaign.

Ari is also the founder of INFORUM–one of the nation’s largest non-partisan public affairs forums for young people. Ari is a frequent keynote speaker on the topics of 21st Century Strategies for 21st Century Change and complex systems innovation. Ari has a Bachelor of Arts from U.C. Berkeley in Peace and Conflict Studies and was a Coro Fellow in New York City. Ari currently sits on the boards of several non-profits as well as the Data and Democracy Initiative at UC Berkeley. He is also a former Commissioner for the City of Berkeley in California. More can be found at http://en.wikipedia.org/wiki/Ari_Wallach

Sebastian Di Tella
Research Statement Sebastian Di Tella's research is in Macroeconomic Theory and Finance, focusing on the role of the financial system in amplifying and propagating aggregate shocks. In recent work he studies the concentration of aggregate risk on the balance sheets of financial institutions and t...
Ian Mirlin
Biography Ian Mirlin is a veteran of the Canadian advertising business. His resume is a rare and deep one built over 45 years, first as a writer, then as creative director and ultimately as co-owner of Harrod &amp; Mirlin, an award-winning, highly regarded creative agency established in 1987 and ...
Batchimeg Sambalaibat
Areas of Expertise Over-the-Counter Markets, Search Theory, Networks, Market Microstructure, Derivatives, Sovereign Debt Academic Degrees Ph.D., Economics, Carnegie Mellon University, Tepper School of Business, 2014 M.S., Economics, Carnegie Mellon University, Tepper School of Business, 2010 B.S...