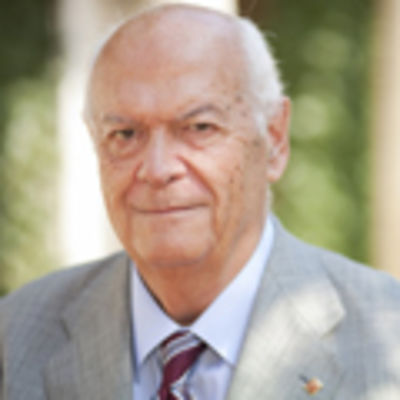 Antoni Subirà i Claus was Minister of Industry, Trade and Tourism of the Catalan Government until November 2002. Recently, he became a full-time member of the faculty of IESE Business School, where he has taught in other capacities for many years.

He was born in Mataró in 1940, into an industrial family. After President Jordi Pujol, he is the longest serving member of the Catalan Government. His career has been marked by the world of politics.

After earning a Doctorate in Industrial Engineering from the Polytechnic University of Catalonia, Subirà moved to the United States on a Fulbright scholarship. He earned a Master of Science in Industrial Management at Massachusetts Institute of Technology (MIT), and in 1965, returned to Catalunya to join IESE as a Professor of Managerial Economics. He had worked at IESE for several months in 1962 as a Research Assistant.

From 1967 to 1974, he was Director of the MBA program at IESE. The program had been launched three years earlier, and during this stage was fully consolidated. At the same time, he also served as a consultant for various companies including Cepsa, Nestlé, IBM, and ACESA.

With the political transition to democracy in Spain in 1975, Subirà grew more involved with politics. The political party Convergència Democràtica de Catalunya (CDC) was founded in clandestine at this time, by Jordi Pujol, Miguel Roca, Antón Canyelles and Antoni Subirà.

During these years, Subirà assumed different responsibilities within the party until April 1980, when he was elected a PM of the Parliament of Catalunya. From February 1982 to December 1989, he was whip of the Parliamentary group of the coalition in government in Catalunya. Subsequently, he was nominated Minister of Industry and Energy and in June 1996, he acquired responsibility for the area of Trade and Tourism.

Married, with three children and four grandsons, he loves to read, listen to music and play sports, such as sailing and tennis.

He has received the following decorations: Order of the Rising Sun with Golden Rays and Neck Ribon. Nov-2003

Peter Kolesar
Biography Professor Kolesar studies quality management and statistical quality control as well as applications of operations research and statistics, particularly in relation to the management of production and service systems. His recent research includes building models for the analysis and des...
Nicholas Goulet
Nico has managed Venture Capital investments in high-tech companies for the last 15 years. During this period he has been actively involved with more than 25 early stage ventures and served on the board of 16 companies, totaling more than 60 years of board membership in early stage technology ven...
Lancelot James
Academic qualification PhD 1993 SUNY Buffalo, Statistics B.A. 1989 SUNY Buffalo, Statistics ACADEMIC AND PROFESSIONAL EXPERIENCE Director, PhD and MPhil programs, School of Business and Management, HKUST, August 2017 - present Co-Director, Risk Management and Business Intelligence Program, In...