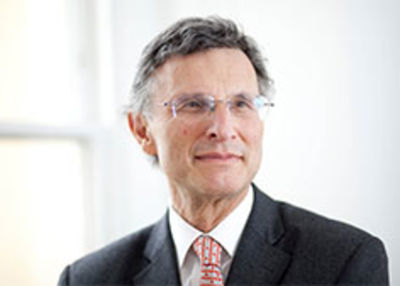 Andrew was Founding Director of the Executive MBA programme and has been a Professor at the School for many years, lecturing on all the major executive and degree programmes.  His research interests are in the field of the measurement of performance and on the use of judgement in management.

Andrew’s career has spanned work in the public and private sectors, as well as in professional life.  Andrew has run a textile plant in Germany, been Head of the Government Accountancy Service and was a Managing Director of the UK Treasury. Previous non-executive posts include Chairman of the National Audit Office, of the Economists’ Bookshop Group and of the market research firm MORI.  He has also been a non-executive Director of the Bank of England, Barclays Bank Plc, and is a Past President of the Chartered Institute of Management Accountants.   He is currently a non-executive director of the quoted insurance underwriter Beazley plc and an Independent National Director of Times Newspapers. He was named by The Evening Standard as one of the 1000 most influential people in London in 2015.

Jason Hartline
Prof. Hartline is on sabbatical at Harvard Economics and Computer Science Departments for the 2014 calendar year (January 2014-December 2014). Prof. Hartline's research introduces design and analysis methodologies from computer science to understand and improve outcomes of economic systems. Opti...
Joel Smith
Biography I studied philosophy as an undergraduate in Cambridge (Fitzwilliam College, 1995-1998), and as a postgraduate at University College London (1998-2003). I spent four years at the University of Essex before moving to the University of Manchester in 2007. I am married to the brilliant Ann ...
Víctor Pou
Areas of Interest European political and economic integration European institutions international trade world economy international relations external relations of the European Union Spanish economy and European integration European micro-states and the EU lobbying in the EU EU regional policy ...