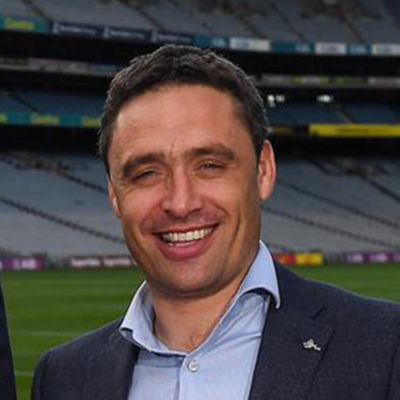 Alan Kerins is an elite multi-code athlete, humanitarian, social entrepreneur and philanthropist. He founded The Alan Kerins Projects in 2005 where he raised over 5 million euro directly and several more million indirectly for many vital and life saving projects and programmes for communities all over the World.

Alan has received many awards & acknowledgements for his tireless work for those less fortunate in Africa, Asia & Haiti. The Alan Kerins Projects recently partnered with Gorta Self Help Africa. As well as these charitable activities, Alan is also performance consultant, executive coach, public speaker & Trinity College graduate in physiotherapy resulting in wealth of experience in academic, business and sporting fronts.

In addition to being a Chartered Physiotherapist, Alan holds a diploma in Child and Family Support and has collaborated with UNESCO on a several global development initiatives. He was acknowledged for his great work by receiving a ESB Rehab People of the Year and Galway Person of the Year Awards in 2006 while he was also awarded Ireland’s one most outstanding young people.

Alan has the distinction of winning both All-Ireland football and hurling medals for both his County and Club - a feat rarely achieved. He is also a keen musician and can play several musical instruments.

Francisco Szekely
Francisco Szekely is Adjunct Professor of Leadership and Sustainability at IMD. His work contributes to the understanding of the interrelationships between the emergence of new social, economic and environmental trends as well as the development of long-term, sustainable business strategies. His...
Jim Dobbs
Dobbs Education specializes in designing, developing, and managing financial training and education programs. We work with organization directors, executives, board members, committees, task forces, staff, and volunteers. We have written feasibility studies and business plans; designed the stru...
Benjamin Bennett
Background Benjamin Bennett joined Fisher in 2016 as a visiting assistant professor after earning a PhD in Finance from ASU''s WP Carey School of Business. His research interests include executive compensation and corporate governance. Ben teaches Investments at the undergraduate level at Fisher...