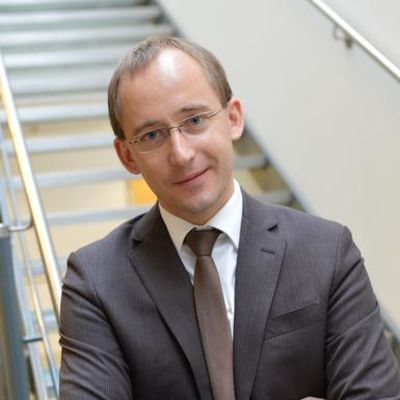 Tobias Preis is Professor of Behavioural Science and Finance at the University of Warwick and a Fellow of The Alan Turing Institute, the UK''s national institute for data science and artificial intelligence. Together with his colleague Dr. Suzy Moat, he directs the Data Science Lab at Warwick Business School.

His recent research has aimed to analyse and predict real world behaviour with the volumes of data being generated by our interactions with technology, using data from Google, Wikipedia, Twitter, Flickr, Instagram and other sources. Preis'' research is frequently featured in the news, by outlets including the BBC, the New York Times, the Financial Times, Science, Nature, Time Magazine, New Scientist and the Guardian.

He has given a range of public talks including presentations at TEDx events in the UK and in Switzerland and he frequently advises governmental and commercial stakeholders around the globe. More details can be found on his website https://www.tobiaspreis.com.

Together with Suzy Moat and Mark Carrigan, he chaired Europe''s first Computational Social Science Conference at the University of Warwick.

See also his Google Scholar Profile for a list of citations and statistics.

J.D. Schramm
J.D. Schramm combines over 20 years of professional training and development experience with his personal expertise in Management Communication to design and deliver a variety of highly interactive courses for MBA students at Stanford. A seasoned communicator and experienced entrepreneur his cour...
David Logan
Dave Logan is co-founder and president of CultureSync, a Senior Lecturer at University of Southern California (USC) Marshall School of Business, and New York Times bestselling author. He is co-founder and president of CultureSync, a management consulting firm focused on the intersection of strat...
Jeanne Allen
Jeanne Allen has 30 years of experience in the nonprofit sector in a variety of management and staff positions including Instructor in the Duke University Nonprofit Management Certificate Program (NC); independent consultant with nonprofits, Management Consultant/Trainer at Girl Scouts USA Natio...