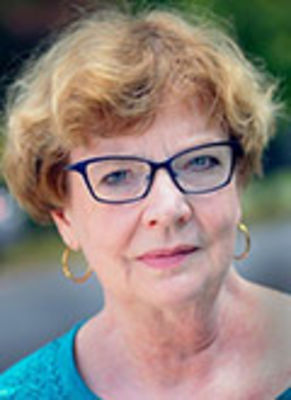 Currently, I teach the introductory course, Ant 185, Global Encounters where my focus is on such global encounters as war, using SU Alum Mai Lan Gustaffson''s War and Shadows as a primary text; organ transfers, surrogate mothers, global tourism, and food as it travels the globe.

I also teach Magic and Religion with one focus on religion and gender/sexuality (tied to the work of students Faris A. Khan (transgenders in Pakistan), Kwame Otu (effeminate men in Ghana) and Jonanthan Jackson (Reformed Jewish attitudes toward homosexuality) and another on the intersection of religion and medical traditions, in addition to attention to religion and the media and religion and the state.

Language, Culture and Society has been in my repertoire since I arrived at SU.

Keeping up with global changes, I have added a course on the Cultures and Politics of Afghanistan and Pakistan, taught in alternate years. This led to my officiating at a marriage between one of my Afghani students and his American bride.

Quilts and Community shares my love of quilt making through exploring its history and role in communities around the globe, with a practicum with Hendricks Chapel Quilters.

My research interests currently focus on three rather disparate topics.
The  first  is an examination of culture change in rural India as it responds to ''globalization'' and various aspects of culture. This relates to my work on popular religion, oral traditions, and public culture. See my books,

More recently I have edited an introductory textbook on South Asia titled South Asia in the Modern World, published by M.E. Sharpe, and due out in December, 2013. This endeavor demanded that I deal with globalization in a variety of ways as faculty and students connected to SU produced case studies for inclusion in the text.

Related to these interests is a web page that emerged from the two National Endowment for the Humanities institutes for high school teachers that I taught in 1994 and 1997. These four week institutes focused on the Ramayana - its history, its relationships to changing social and cultural norms, its presentation in art and drama. Teachers at the institutes created lesson plans and instructional materials that have been added to: these are found at http://www.maxwell.syr.edu/moynihan/sac/The_Ramayana/

Second , I am concerned with women''s changing roles and the relationship of social change to patterns of education, fertility and women''s status more generally.  This also relates to what anthropologists are now calling ''companionate'' marriage, that is new patterns of marriage found in many non Euro-American societies in which marriage is now see as something closer to the Euro-American ''love'' marriage.

Most of my work is based in the village known as Karimpur, made famous by William and Charlotte Wiser in Behind Mud Walls. In the late 1990s, I wrote a new chapter for Behind Mud Walls that takes readers up to the late 20th century. I have also published a book on social change over the past sixty years in the village known as Karimpur in rural Uttar Pradesh, India (Struggling with Destiny in Karimpur, 1925-1984). This community sees the old paradigm of control by landlords and family heads being challenged by education, urban employment, migration, and changes in family relationships. Using the voices of men and women, rich and poor, high caste and low caste, I examine the different constructions given to Karimpur history.

I have also been interested in clothing styles as related to changes in women''s lives in Karimpur, including the shift from a sari at age 12 to only when married, even if in the 20s.

Karimpur has also made it to the WEB. Using a slide show designed by Don Johnson of NYU who visited the village regularly in the 1960s and 1970s and who was a friend of Charlotte Wiser, co-author of Behind Mud Walls, we have designed a WEB page that reflects life and change in this community http://sites.maxwell.syr.edu/karimpur/karimpur6c0d.html?sec=1  A new web page on Karimpur connected to the 2010 case study found in South Asia in the Modern World can be found at www.Maxwell.syr.edu/globalsouthasia

Third , I have recently worked in Madhubani, Bihar where I worked with Tula Goenka on a documentary film (not yet fully edited) on Mithila art traditions as they change in the 21st century.  I have been presenting papers on Mithila art and have one in press in South Asia in the Modern World (December, 2013).

2009  "Exploring the Meaning of Genre in two Indian Performance Traditions.", Journal of the Institute of Ethnology, Taipei, Taiwan.

2004  "Grama" in The Hindu World, edited by Sushil Mittal and Gene Thursby, Routledge.

2002   "One Straw from a Broom Cannot Sweep: The Ideology and Practice of the Joint Family in Rural North India." In Everyday Life in South Asia,  Sarah Lamb and Diane Mines, eds. Bloomington: Indiana University Press, pp. 11-22.

2001 "The Village in 1998." In Behind Mud Walls: Seventy Five Years in a North Indian Village. Updated and expanded edition. With new chapters by Susan S.Wadley, Foreward by David G. Mandelbaum. By William and Charlotte Wiser. Berkeley: University of California Press, pp. 319-364.

1998    "From Village to City to World: Changing the Paradigm of  Anthropological Research in India."   In Joseph Elder, ed., After Fifty Years: American Studies of India.  Manohar Books,  New Delhi, pp. 111-138.

My more recent grants include:

Chair of the Board of Directors, South Asian Summer Language Institute, a consortium of 9 NRCs for South Asia (held yearly at the University of Wisconsin) 2007---

Chair, Publications Committee, American Institute of Indian Studies. Involves running a competition for two prizes, one in the social sciences and one in the humanities for recent PHD recipients. Also involves, more extensively, organizing and running a 1.5 day workshop every Oct. on "turning your dissertation into a book" for recent scholars writing on South Asia.

Michael Goldman
Profile Michael Goldman is a member of the Adjunct Faculty at GIBS, teaching in a number of marketing-related themes, including marketing strategy &amp; management, branding, and sponsorship. Since joining the business school in 2000 to launch the GIBS Forum, Michael has been an active teacher, ...
Juuso Töyli
One of my research streams is within network economics and includes, on one hand, policy issues and, on the other hand, the diffusion of mobile technologies and their effects. My research within operations and supply chain management is focused on firm and supply chain performance (financial, lo...
Timothy Stoneberg
About Timothy’s current research centers around using computer programming to analyze financial data. He is also interested in programming AI systems, implementing new technologies, and leveraging new programming frameworks. Degrees BA, Information Technology, Loyola University Chicago, 2018 Re...