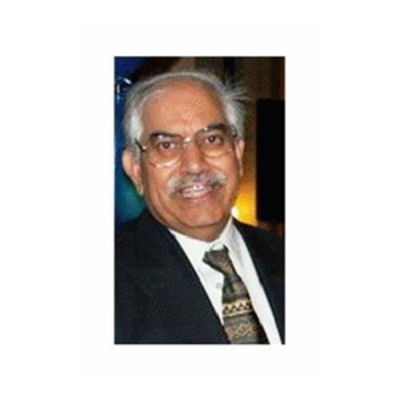 Sudhir Chadha is a graduate of IIT Kanpur, andobtained his doctorate in theoretical physics at the University of Oxford where he was a Rhodes Scholar. He then pursued research in theoretical particle physics first at the Niels Bohr Institute in Copenhagen (as a Royal Society European Fellow), then at Centre d’Etudes de Nucleaire a Saclay in Paris, CERN (European Organisation for Nuclear research) in Geneva, and the University of Oxford. He has published over 25 papers in international journals. His main research interests were (are) in fundamental physics, unified theories, and the structure of the Higgs boson. He is also the author (with H. B. Nielsen) of the so-called Nielsen-Chadha theorem on symmetry breaking in nonrelativistic systems. Following his academic career in physics, Sudhir joined IBM UK, and became a consulting Partner in the IBM Global Business Services Division specializing in supply chain management, innovation, and project management. He executed major projects in the manufacturing industry with many clients including Rolls-Royce Aeroengines, Caterpillar, Honda Motors, and Rover Automobiles. About seven years ago Sudhir returned to academia (again!) to teach supply chain and project management at the University of Warwick UK as well as part-time at the IIMB (as an adjunct faculty).

Joel Slemrod
Research Joel Slemrod studies and writes about tax policy. In 1984-5 he was senior staff economist at the President’s Council of Economic Advisers, and has been a consultant to the U.S. Department of the Treasury, the Canadian Department of Finance, the New Zealand Department of Treasury, the ...
Nils Otto Ørjasæter
ACADEMIC DEGREES 1987 Norwegian Institute of Technology Ph.D. 1984 University of Trondheim Ped. Seminar 1983 Norwegian Institute of Technology Master Civil Engineer WORK EXPERIENCE 2009 - Present Intro International Partner 2001 - Present BI Norwegian Business School Adjunct...
Christopher Harrer
BBA, Loyola Marymount University; MBA University of Southern California; MSBA University of Southern California Christopher J. Harrer is a successful entrepreneur and educator with over 30 years experience in the finance, real estate, and service industries. He is an Adjunct Professor at the USC...