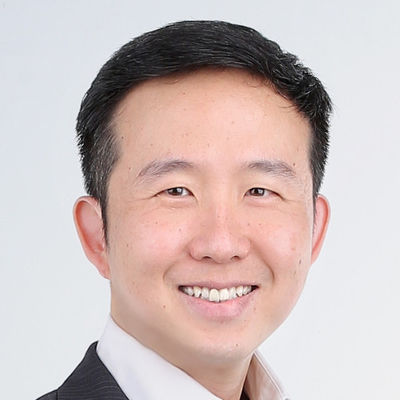 Mr Stephen Ho is a dynamic and impactful speaker. He has extensive experience in the fields of public speaking, training and organisational development as well as managing large-scale international business operations for over 20 years. His other areas of expertise include business process re-engineering, change management, coaching and high-performance teaming, investment and deal structuring, sales and marketing, leadership development, cross-cultural management and negotiation.

Stephen is proficient in English, Chinese and Cantonese. His extensive training, speaking and consulting engagements took him across South East Asian countries, China, the Middle East, Africa and Latin America. Participants of his programmes ranged from armed forces personnel, to senior business executives and government officials.

He has been involved with the de Bono thinking system since 2001, when he spearheaded the effort to boost its use across numerous government statutory boards and ministries in Singapore.

Stephen’s extensive international corporate experiences makes him particularly effective in training the application of the de Bono thinking methods in real-world situations. He enhances participants’ capability in Team Thinking and sharpens their overall problem-solving and decision-making capabilities in alignment with the organisation’s needs and objectives.

Stephen holds a MBA (High Honours) from the University of Chicago Booth School of Business, a Master and Honours Degree in Electrical Engineering from the National University of Singapore and a Master of Arts (Contemporary China) from the Nanyang Technological University. He has received numerous scholarships and awards for academic and research excellence.