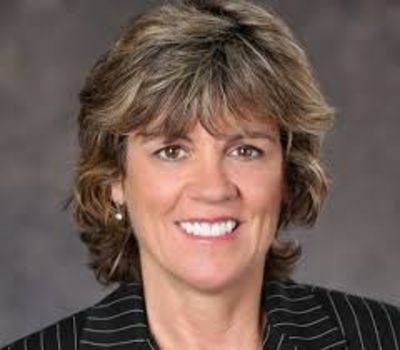 Romaine Seguin is president of UPS Global Freight Forwarding. Romaine delivered a TED Talk in 2016 on global trade and is a frequent speaker at community and business events internationally. She has received multiple awards and recognitions for her work in the international business community.

Suguin began her career with UPS in the Missouri district in 1983 as a part-time hub supervisor. She held a variety of operational and management roles in Missouri and was later promoted to hub manager. In 1989, she accepted a five-year assignment in Europe and lived in both the U.K. and France. She returned to the U.S. in 1994 as controller for the air district, based in Louisville, Kentucky. She held several posts in Kentucky, Michigan and Minnesota before moving to Milan, Italy, as managing director of UPS South Europe. She was promoted to chief operating officer for the Europe, Middle East and Africa region, based in Brussels, Belgium. In September 2010, Suguin was promoted to her current position, which is based in Miami.

Suguin servess on several boards, including the Florida International University (FIU) School of Business Dean’s Council, the Board of Trustees of William Woods University, the United Way of Miami-Dade board, the Conferencia Latinoamericana de Compañías Express board – Latin America Conference of Express Companies, and the World Trade Center Miami board, which she currently chairs. She is a member of the Go for the Greens Executive Steering Committee.