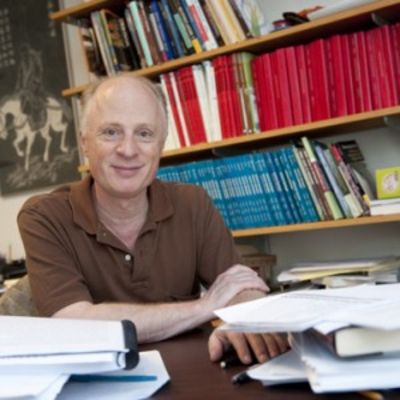 Dr. Robert Weller’s work concentrates on China and Taiwan in comparative perspective. His actual research topics, however, are eclectic—running from ghosts to politics, rebellions to landscape paintings. Perhaps what unites everything is an interest in finding the limits to authority in all its settings.

Dr. Weller’s earliest work began with the problem of religious meaning and authority: Who has the power to impose an interpretation? Could you impose one across a land as vast and a history as long as China’s? His first book (Unities and Diversities) examined this through arguments about whether China had a single unifying set of religious ideas; his conclusion was that control over meaning was too limited and multiple to create unity. His second book (Resistance, Chaos, and Control) used very different material—it compared cases of resistance. The analysis hinged on the unusual moments where it becomes possible to impose a unified interpretation. This appears to be the crucial process in converting “cultural resistance” (like smoking in the high school bathroom) into a political movement. He continues to have an interest in the limits to interpretational authority, especially through one of its most extreme forms—silence.

A second broad area of interest has been the problem of culture change in its global context, with all its flows and stoppages, appropriations and resistances. His book on the environmental consequences of changes in the understanding of “nature” (Discovering Nature) examines the ways that Western ideas entered China and interacted with indigenous understandings to create something new. His work on civil society (Alternate Civilities) similarly looks at the influx of ideas about governance and social organization and their long-term consequences, arguing that something like a civil society can be built without looking quite like any place in the West.

That interest in the relationship between state and society has continued through his edited book on nongovernmental organizations and political change in Asia. It also informs one of his current major projects, an examination of the new role of religions in delivering a wide range of secular services to people in Chinese societies—building hospitals, offering scholarships, providing emergency aid, taking care of the elderly, and so on.

Dr. Weller’s other major research endeavor right now is a more theoretical exploration of ritual. A 2008 book (the product of a long collaboration with several colleagues here), Ritual and Its Consequences, argues that all societies have a tension between a ritual aspect (what you do makes you who you are) and a sincere aspect (what you do is only the reflection of who you are). Modernity, it argues, has embraced the sincere side in a way that is historically unusual and that creates inherent social problems. Dr. Weller and his colleagues continue to work toward another volume that will think more about problems of ambiguity, boundaries, and empathy, in part as they relate to ritual.

The Straits Times Robert Weller, College of Arts & Sciences, Institute on Culture, Religion and World Affairs Every Sunday morning, Mr Olsen Zheng puts on his smartest outfit and makes his way to a movie theatre in the heart of Beijing… Expert quote: “People born after the mid-1970s were educated after the Cultural Revolution, and did […]

A Problem of ‘Religion,’ and Polling, in China

New York Times (subscription required) Robert Weller, College of Arts & Sciences Is China one of the world’s most atheist countries?… Expert quote: “The ‘convinced atheist’ rate is probably so high because everyone knows it’s the official answer.” View full article

A deep look at Chinese culture

Flavio Feferman
Education MBA, Haas School of Business, UC Berkeley, 2000 MA, Economic Development (FRI program), Stanford University, 1990 BA, Quantitative Economics, with Honors, Stanford University, 1990 (awarded jointly with MA degree) Positions Held At Haas since 2008 2008 – present, Lecturer, Haas School...
Dan Lundergan
Dan Lundergan has worked for the University of Utah Health for over four decades and has held numerous positions within the organization. His past experience includes, but is not limited to the management of the Surgical Services and Ambulatory Clinics, as well as working with Dr. John Dixon, for...
Tim Huh
Tim Huh is a full professor in the Sauder School of Business at the University of British Columbia. His current research interests include operations management, inventory control, supply chain management and dynamic pricing. He has worked with companies in the semiconductor industries, health c...