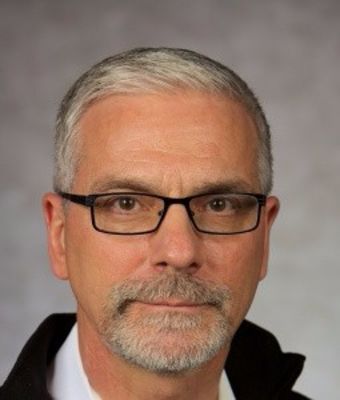 Robert Perkovich, a member of the National Academy of Arbitrators, is an arbitrator and mediator specializing in labor-management and employment disputes. In that capacity he has served in disputes arising in numerous industries and involving such issues as discriminatory or improper discipline and discharge and contract interpretation of a variety of types. He has also served as an interest arbitrator in numerous disputes in police and fire and public transportation. He serves on the arbitration panels of the American Arbitration Association, Federal Mediation and Conciliation Service, National Mediation Board, and permanent panels including the Chicago Transit Authority, PACE suburban bus lines, the State of Illinois, and others. In the airline industry he serves as a member of the System Boards of Adjustment between the Airline Pilots’ Association and the Association of Flight Attendants, various airlines including American, America West, Continental, Mesaba and Alaska Airlines. In the railroad industry he has served as a member of the National Railroad Adjustment Board on the Third Division and as a member of public law boards between Burlington Northern Santa Fe and the Brotherhood of Railroad Signalmen, the Brotherhood of Maintenance of Way Employees and the Machinists. He has also served as a member of a Board adjudicating a New York Dock claim.

He has mediated public accessibility and disability discrimination cases under the Americans With Disability Act and race and age discrimination cases and sexual harassment cases under equal employment statutes. He has also mediated collective bargaining negotiations in numerous cases in public education and police and fire. As a mediator he has served for the Center for Conflict Resolution, the Center for Employment Dispute Resolution, the Indiana Education Employment Relations Board, and United Airlines. Mr. Perkovich has also facilitated interest based bargaining for one of the major public utilities in the Chicago area as well as several suburban school districts and fire departments.

Prior to establishing his dispute resolution practice he was a field examiner, and later a trial attorney, in the Chicago regional office of the National Labor Relations Board where he served for approximately seven years. He was subsequently appointed by Governor James Thompson as the first Executive Director of the Illinois Educational Labor Relations Board where he served approximately six years.

Mr. Perkovich is also a member of the faculty at DePaul University as a Visiting Assistant Professor of Conflict Management Studies, teaching interest-based negotiations and conflict management, labor law, collective bargaining, human resource management, and business law courses. In July of 2003, he was also appointed Director of DePaul’s Center for Dispute Resolution. His publications about arbitration and mediation have appeared in the Willamette Law Review, Temple University Journal of Comparative and International Law, the Stetson Law Journal, the Hofstra Law Journal and the Illinois Public Employees Report. His current research involves women’s rights in Cuba and was published in the Emory University International Journal of Law.

Mr. Perkovich is a member of the Industrial Relations Research Association, the National Institute of Dispute Resolution, the Association for Conflict Resolution (SPIDR), and the American Arbitration Association and graduated from Roosevelt University and John Marshall Law School. Courses Introduction to Labor Arbitration Advocacy

Michael Dickstein
Biography Michael Dickstein joined New York University Stern School of Business as an Assistant Professor of Economics in July 2015. Professor Dickstein’s research focuses on industrial organization, health economics and econometrics. In recent work, he has investigated pricing in pharmaceutical...
Robert Landel
Education: B.M.E., M.S.I.M., Ph.D., Georgia Institute of Technology Robert D. Landel, Henry E. McWane Professor of Business Administration, teaches courses in innovation and operations management, systems thinking and operational effectiveness in the Darden School''s MBA degree program. He also ...
Luan Cox
Luan has over 15 years of financial data and web solutions experience and is a respected sales and marketing leader. She is the CEO and co-founder of Crowdnetic, a leading provider of technology and data solutions to the global crowdfinance marketplace, and has been prominently featured in the Hu...