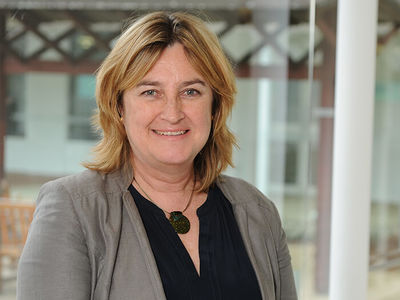 Patricia Bossons is Director of Executive Qualifications at the Institute of Executive Education & Enterprise, Massey Business School, New Zealand. Before this, she was a faculty member of the School of Leadership, Organisation and Behaviour at Henley Business School, where she worked primarily in the area of Executive Education, designing, developing and delivering coaching, leadership and personal development programmes. Patricia has worked as a coach herself for over 20 years, and set up The Henley Centre for Coaching and Behavioural Change at Henley in 2004. She teaches on the Henley Professional Certificate in Coaching and MSc in Coaching and Behavioural Change, as well as a range of corporate programmes.

Patricia is a Chartered Psychologist and Associate Fellow of the British Psychological Society. Her research interests include personality and individual differences, and coaching in different cultures – she works internationally in a number of different countries around the globe, and is a resident of both the UK and New Zealand. The second edition of her book, Coaching Essentials (Bossons, Kourdi & Sartain, 2009) was published in August 2012. Patricia also co-authored The Neuroscience of Leadership Coaching (Bossons, Riddell & Sartain, 2015). This book uses case studies to demonstrate how a knowledge of neuroscience can increase both understanding of coaching and flexibility in the tools that coaches use.

Many pieces of Executive Education in the Personal Development, Leadership and Change and Coaching field, including work with:

Martin Clarke
Background After graduating from Aston University, Martin joined Vauxhall Motors, eventually working within their management development function. In 1983, he joined the National Freight Consortium, firstly in BRS and then latterly helping to set up Newsflow, a new division leading a fresh appro...
Rebecca Hollander Blumoff
Professor Rebecca Hollander-Blumoff focuses on law and psychology in the context of dispute resolution. Her interdisciplinary perspective on legal dispute resolution uses psychological research and insights to better understand the role of legal actors, systems, and norms. She also explores the r...
Lane Kenworthy
Lane Kenworthy is professor of sociology and Yankelovich Chair in Social Thought at the University of California, San Diego. He studies the causes and consequences of living standards, poverty, inequality, mobility, employment, economic growth, social policy, taxes, public opinion, and politics i...