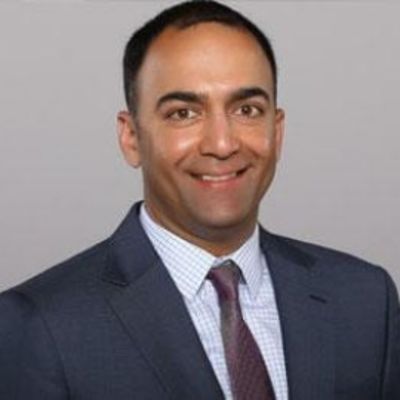 Paraag Marathe (puh-rawg, muh-RAH-tay) enters his 14th year with the 49ers, and first as team President.

As team President, Marathe is responsible for all of the club’s business operations.  Marathe spent the three previous seasons as the team’s chief operating officer. Under his direction, the 49ers have experienced tremendous progress off the field, with the construction of Levi’s® Stadium being the focal point of the club’s efforts. His leadership has proven integral to the club’s short-term and long-term business strategy, as the team recorded consecutive years of Candlestick Park sellouts, and simultaneously launched a successful sales campaign for Levi’s® Stadium.

Marathe is charged with helping bring to life the vision of an unparalleled fan experience at Levi’s® Stadium. Levi’s Stadium will feature several innovative elements, including the new 49ers Museum presented by Sony, Michael Mina’s world-class restaurant - Bourbon Steak and Pub, a television and radio production studio, a 27,000 square foot green roof, and a mobile app allowing fans to personalize their visit to the venue. The stadium will also be home to a premium 49ers store, adding to the team’s budding retail sales initiative that already boasts three store locations throughout the Bay Area.

On the football side, Marathe is the club’s chief contract negotiator and salary cap architect, and also runs the team’s football analytics efforts. He is responsible for the 49ers compliance with the NFL’s collective bargaining agreement and works closely with general manager Trent Baalke within football operations.

Prior to joining the 49ers, Marathe worked at management consulting firm Bain & Company, as a Senior Associate Consultant, where he advised clients in a variety of industries including private equity, venture capital, computer software, retail, sports footwear, consumer products, and health clubs. Before that, Marathe worked in the sports consulting group at the International Management Group (IMG), where he concentrated primarily on stadium naming rights deals, corporate sponsorships, and athlete endorsements.

A native of Saratoga, CA, Marathe’s passion for the 49ers was instilled at a very young age. As an avid Bay Area sports fan, he has rarely missed any 49ers games since he was six years old. Marathe’s Bay Area roots run deep, having received his bachelor’s degree with high honors from the Haas School of Business at the University of California-Berkeley and his MBA from Stanford University’s Graduate School of Business.

Paraag Marathe (MBA 2004) is team President for the San Francisco 49ers. Marathe has been with the 49ers for 14 years and has held different management positions including three seasons as the team’s COO. Under his leadership and direction, the club has met ambitious goals as set in short- and long-term business strategy. Prior to joining the 49ers, Marathe held positions at Bain & Company and IMG. Marathe will co-teach, with George Foster, GSBGEN 561: Sports Business Financing, in spring quarter.

GSBGEN 539: Negotiation Dynamics: Lessons from the Sports and Entertainment Industries

Jan Stiles
Dr Jan Stiles, BA (Hons), AdipC, MA, DBA, leads our Executive Education team in developing and delivering innovative learning and development solutions that make a lasting impact on organisational performance. Jan teaches strategy and leadership and is co-author of Finance for the General Manage...
Tanya Perez Brennan
Academic Division: Arts &amp; HumanitiesTanya Pérez-Brennan is an Adjunct Professor at Regis College, where she teaches an intermediate Spanish course for healthcare professionals, and at Babson College, where she teaches elementary and intermediate Spanish. She also works as a freelance Spanish ...
Zhi Da
Zhi Da is a Professor of Finance. His research focuses on empirical asset pricing and investment. In recent papers, he studied the returns on financial assets surrounding liquidity events, cash flow risks of financial assets, equity analyst forecasts, and the mutual fund performance. He was a fin...