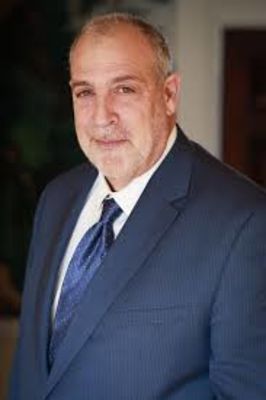 Martin Scheinman, Esq., has served as a full-time Arbitrator and Mediator since 1979. During his career, Scheinman has decided or helped resolve over 20,000 disputes. Scheinman is widely viewed as one of the busiest and most acceptable neutrals in the United States. Initially serving only on labor/management disputes, in the last decade, his practice has evolved to also serving as a neutral in business, consumer, and employment matters.

Mr. Scheinman, B.S., M.S., Cornell University, J.D. New York University School of Law, is a member of the National Academy of Arbitrators, the American Bar Association, and the Labor and Employer Relations Association (“LERA”). His panel memberships include AAA, FMCS, NYPERB, NJ Board of Mediation, and the NYC Office of Collective Bargaining. His portfolio of experience includes serving as an industry impartial chairman for several union and management associations covering over 50,000 employees, and as the permanent arbitrator in over 400 contracts in the private and public sector involving thousands of employees. Scheinman has mediated over 1,000 business and employment disputes involving cumulatively almost $10 billion dollars. He has been involved in resolving many of the most highly publicized cases regarding discrimination claims, the break-up of business partners and collective bargaining disputes impacting hundreds of thousands of workers.

Mr. Scheinman, since 1978, has lectured extensively on employment arbitration, labor/management arbitration, employment and consumer mediation, and commercial dispute resolution. He frequently teaches for Cornell ILR’s outreach programs and is the most senior member of its extension faculty in NYC.

Mr. Scheinman presently sits on the Cornell University Board of Trustees; the Board of Directors of the American Arbitration Association; the Board of Overseers of the Tilles Center for Long Island University; and as Neutral Member of the Executive Board of Cornell Institute for Hospitality Labor and Employment Relations, and is President of EQUALITY/Long Island. Scheinman is actively involved in social justice, philanthropic organizations and political campaigns. Along with his wife, they have hosted Senators, members of Congress, the former President of the United States as well as dozens of state and local officials at their residences.