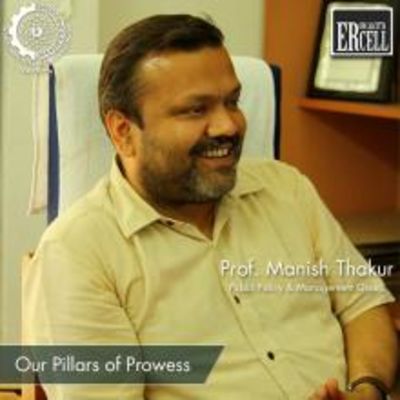 Prof. Manish Thakur is a faculty at the Public Policy & Management Group of the Indian Institute of Management Calcutta. He is the Programme Director for the one year full-time Post-Graduate Certificate Programme in Healthcare Management (PGCHM); and has been Programme Director for Executive Programme on Global Business Management. Prof. Thakur had completed his MA from Jawaharlal Nehru University, New Delhi (1995) and Ph.D. from Goa University. He has since put in over fifteen years of service as a teacher and researcher. Dr. Thakur is currently faculty-in charge of the new IIM Bodhgaya and is the recipient of the prestigious M.N. Srinivas Memorial Award for Young Sociologist (2007) and Radhakamal Mukherjee Memorial Award for Young Social Scientist (2002).