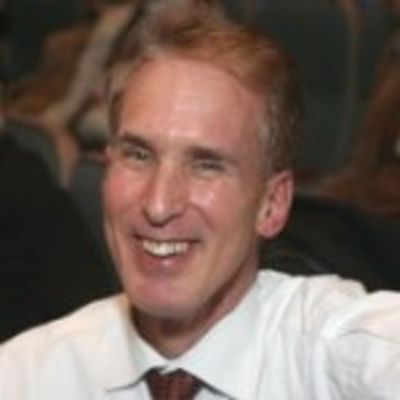 During the past 30 years Sulak has explored the micro-world of particle physics, mapping out the weak interaction, one of the four fundamental forces of nature. In the early 70’s he designed and built the calorimeter and performed the analysis that discovered neutral weak currents using neutrino beams at Fermilab. At Brookhaven Lab, he and his collaborators, using his calorimeter and electronics, were the first to observe neutrino and antineutrino elastic scattering. This work was the first to demonstrate that two of the four forces, the weak and the electromagnetic, are unified.

To test the next level of force unification, Sulak proposed a massive ring-imaging Cherenkov detector. He initiated a collaboration that built the world’s first large volume detector (10,000 tons, 20 m on a side) to search for the predicted signal of unification, the ultimate decay of matter. In the 80’s, using that detector, he and his colleagues disproved the simplest theory of Grand Unification, recorded an inexplicable absence of atmospheric neutrinos, and observed the first neutrino outburst from a stellar collapse. This observation verified the model of supernova explosions, the origins of atoms heavier than iron, and tested the fundamental properties (charge, magnetic moment, mass…) of the neutrino.

In the 90’s Sulak and his team moved elements of their Cherenkov calorimeter to the Kamioka mine west of Tokyo, where their Japan/US collaboration constructed an even larger detector (50,000 tons). The results from this experiment verified the deficit of neutrinos from the earlier detector, and confirmed the origin: neutrinos oscillate from one form to another. Quantum mechanically, this means that neutrinos have a small but finite weight; in total they contribute an amount to the mass of the universe equivalent to that of all the stars that shine. That neutrinos have mass is the first indication of physics beyond the Standard Model of particle physics. In all of high energy physics, only two other discovery papers have garnered more citations.

Sulak is co-initiator and principle investigator of other larger detectors. These include the astrophysical MACRO observatory deep under land in the Gran Sasso tunnel of Italy, the superconducting storage ring g-2 experiment at Brookhaven Lab which recently observed a potential second deviation from the Standard Model, the quartz fiber Cherenkov calorimeter for the CMS colliding beam detector at CERN in Geneva, and the K2K experiment (the first to shoot neutrinos a long distance (250 km) from an accelerator to a detector) which recently confirmed the atmospheric neutrino oscillation results.

Sulak has co-authored some 200 journal articles which have received more than 7000 citations. He was honored with the Outstanding Young Scientist Award by Science Digest and is a Fellow of the American Physical Society. The observation of supernova neutrinos earned Sulak and his collaborators the Bruno Rossi Prize of the American Astronomical Society.

As Chairman of Physics, Sulak has recruited over 30 faculty members and guided the department into a position of leadership in particle, condensed matter and computational physics. By the objective measures of numbers of papers, citations and grant funding per faculty member, the department ranks among the top 10 of private universities.