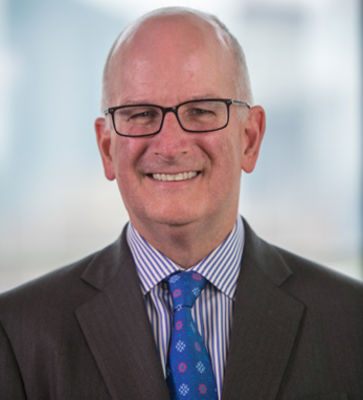 Kevin B. Mahoney is Executive Vice President and Chief Administrative Officer for the University of Pennsylvania Health System and Executive Vice Dean for Integrative Services for the Perelman School of Medicine at the University of Pennsylvania. During his more than 20year tenure at Penn, his leadership posts have included serving as Senior Vice President of UPHS, as Executive Director of Phoenixville Hospital, as Executive Director and Chief Operating Officer for Clinical Care Associates, and as Director of Network Development. Prior to joining UPHS, Kevin served as Vice President for Johnson & Higgins, where he provided leadership to the Health Group, including risk transfer and alternative risk management strategies. He also served as Vice President for Administration at Bryn Mawr Hospital, and as Director of Administrative Services for Episcopal Hospital for three years. He is a graduate of Millersville State College where he earned a bachelor’s degree in Economics, he holds an MBA and a Doctorate in Business Administration from Temple University.

Warner Fite
Warner Fite is an Adjunct Assistant Professor of Public Service at NYU Wagner and a Principal of Public Equity Group, a boutique consulting firm that serves foundations and nonprofit organizations where he has led engagements for a range of organizations in the social sector.  Warner has a broad ...
Stephanie Rosoff
Stephanie Rosoff is an Adjunct Assistant Professor of Urban Planning at the NYU Wagner Graduate School of Public Service and the Director of Data Analytics at the NYU Furman Center, where she coordinates the Center’s data analysis activities. Previously, Stephanie was Associate Director of Commun...
Mingfeng Lin
Degrees Ph.D., University of Maryland, College Park, 2010 Areas of Expertise Incentive design and risk analysis Online crowdfunding Online labor markets Social media and social networks Courses MIS 478 Project Management MIS 513 Business Foundations for IT MIS 578 Project Management...