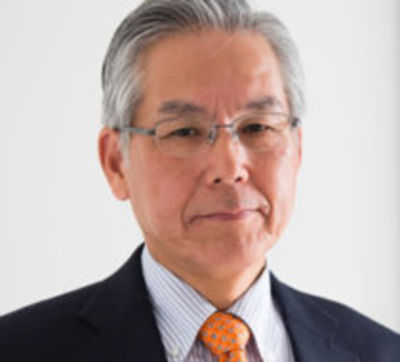 Kentaro is currently President of Kentaro Office, a consulting office.

In March 2016, Kentaro set up his office ‘Kentaro Office’ at Shinagawa, Tokyo which is in charge of HRM and HRD.

Kentaro became a researcher of the Institute of Economic Research, Hitotsubashi University from April 2016.

In 1977, Kentaro graduated from the faculty of law at the University of Tokyo and joined Fujitsu Limited. Between 1996 and 1998 he participated in the International Masters Program in Practicing Management (IMPM) at McGill University where he received the degree of Master of Management.

In 1999 Kentaro became General Manager of the HR department at Fujitsu Headquarters and in 2007 went on to become the Managing Director of the Fujitsu Social Science Laboratory. In June 2009 he was promoted to Corporate Senior Vice President of Fujitsu Marketing.

In June 2017 Kentaro became co-director of the Japan Module of IMPM.

From 2018 IMPM will be held at the five leading business schools around the world: Lancaster, McGill, IIMB, YNU (Yokohama National University) and FGV-EBAPE Rio.

Frank Webb
Frank Webb has 30 years’ experience of senior management—including organizational leadership, change management and marketing communications strategies—in multilateral organizations and international NGOs that generate comprehensive responses to the needs of the poor and disadvantaged. He has a d...
Erik Loualiche
Erik Loualiche is an Assistant Professor of Finance at the MIT Sloan School of Management.  Loualiche's research focuses on asset pricing and macroeconomics. He has taught applied econometrics, macroeconomics, microeconomics, managerial economics, and investments. Erik received his BSc and MSc ...
Monika Piazzesi
Research Interests Financial Economics Macroeconomics Applied Time Series Analysis Teaching Degree Courses 2017-18 FINANCE 637: Macroeconomics and Financial Markets This PhD course will cover research topics at the boundary between macroeconomics and finance. Topics will include the stud...